Marine Staff Sgt. Kevin Maxwell Jr. plead guilty at general court-martial on Thursday to negligent homicide and related offenses as part of a plea agreement with prosecutors in connection with the June 2017 hazing death of Staff Sgt. Logan Melgar in Mali 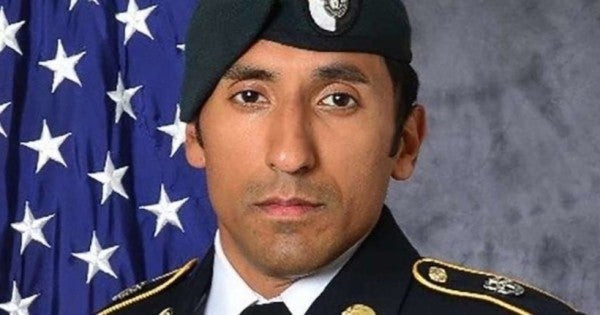 A Marine Raider was sentenced to four years imprisonment in Camp Lejuene brig for his role in the 2017 hazing incident that resulted in the death of a Green Beret, the Navy announced on Friday.

Marine Staff Sgt. Kevin Maxwell Jr. plead guilty at general court-martial on Thursday to negligent homicide and other offenses as part of a plea agreement with prosecutors in connection with the June 2017 hazing death of Staff Sgt. Logan Melgar in Mali.

He was also sentenced to a reduction in rank to E-1 and a bad conduct discharge.

Two Navy SEALs and two Marine Raiders were accused of breaking down the door to a sleeping Melgar's room and binding him with duct tape, reportedly as part of a plan to sexually assault him on camera to “embarrass” him.

Melgar died of asphyxiation after he was put in a chokehold during the incident, according to the Washington Post.

“This case is absolutely a tragedy and it was avoidable and just sad all around,” Brian Bouffard, Maxwell's attorney, told Task & Purpose. “Speaking from what I know of Staff Sgt. Maxwell as I've come to know him since this case arose: He's filled with remorse over this and he's always going to be filled with remorse over this and his role in it.”

“He and Logan Melgar were friends and he didn't act like his friend that night,” he added.

Maxwell is the second of four U.S. special operations personnel to plead guilty so far. In May, Chief Special Warfare Officer Adam Matthews reached a pretrial agreement to plead guilty to charges of hazing, assault consummated by battery, burglary, and conspiracy to obstruct justice in exchange for referral to a special court-martial.

He was sentenced to one year in prison, reduction in rank to E-5, and given a bad conduct discharge.

“I have carried the weight of Sgt. Melgar's death every minute of every day since that night in Mali,” Matthew said in an emotional statement in to the Norfolk, Virginia court. “This was my fault … I humbly accept whatever punishment you think is warranted.”

SEE ALSO: 'You Are A Disgrace To Your Purple Heart' — Green Beret's Mother Rejects Navy Seal's Apology For Killing Her Son