Ron Rockwell Hansen, 60, of Syracuse, Utah, pleaded guilty in March to trying to pass classified U.S. national defense information to China, and admitted to receiving hundreds of thousands of dollars as an agent for the Beijing government. 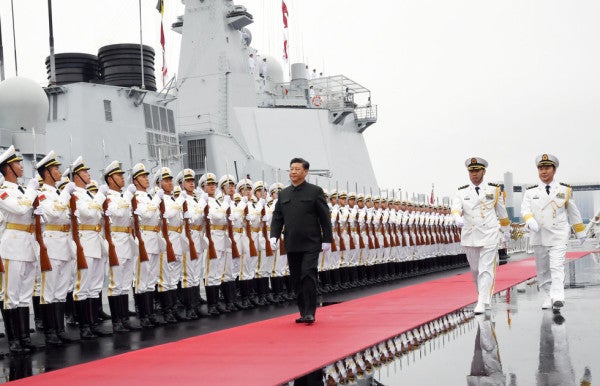 (Reuters) – A former U.S. Defense Intelligence Agency officer who admitted he betrayed his country for financial gain was sentenced on Tuesday to 10 years in federal prison for attempted espionage on behalf of China, the U.S. Justice Department said.

Ron Rockwell Hansen, 60, of Syracuse, Utah, pleaded guilty in March to trying to pass classified U.S. national defense information to China, and admitted to receiving hundreds of thousands of dollars as an agent for the Beijing government.

FBI agents arrested Hansen in June 2018 as he was on his way to the Seattle-Tacoma International Airport to board a flight to China, the Justice Department said.

As part of his guilty plea, Hansen acknowledged soliciting U.S. national security information that he knew China would find valuable from a fellow Defense Intelligence Agency (DIA) case officer, and agreeing to sell that information to the Chinese.

The documents he received from the DIA officer related to U.S. military readiness. Hansen also admitted to having advised the DIA case officer how to record and transmit the documents without detection, and how to hide and launder any funds received as payment for those secrets.

Unbeknownst to Hansen, the case officer reported his conduct to the DIA and acted as an FBI informant in the case.

Hansen, who is fluent in Mandarin Chinese and Russian, was hired by the DIA as a civilian case officer in 2006 following his retirement from the U.S. Army as a warrant officer with an intelligence background, according to court records.

Chinese intelligence agents recruited him in 2014, he admitted.

Hansen, who was sentenced by a federal judge in Salt Lake City, is one of three former American intelligence officers convicted in recent months on charges of espionage on behalf of China.

One of them, Kevin Patrick Mallory, a former CIA agent, was sentenced in May to 20 years in prison for conspiracy to transmit U.S. defense secrets to China. Another, former CIA officer Jerry Chun Shing Lee, pleaded guilty to charges of spying for China and is awaiting sentencing.

“These cases show the breadth of the Chinese government's espionage efforts and the threat they pose to our national security,” Assistant Attorney General John Demurs said in a statement.