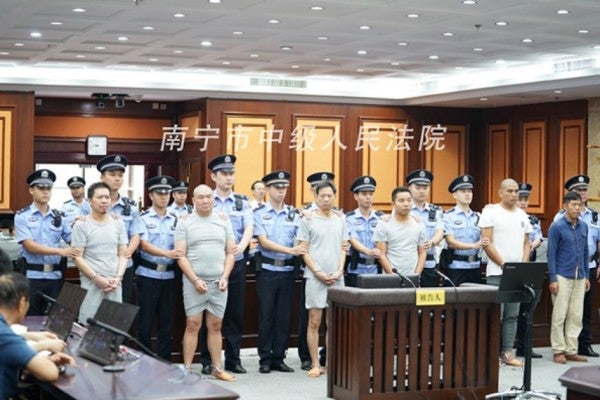 A contract killing gone wrong in China seems a perfect metaphor for people who get paid to do a job but simply pay someone else to do the actual work. You know, like a whole lot of government contractors.

In this case, however, the subcontracting insanity involved hitmen. Five of them.

Sidenote: Apparently, there are a lot of hitmen in China.

We couldn't do a better headline if we tried

Anyway, by the time it got to Hitman #5, the job was only worth about $14,000, according to The Guardian. This shady subcontractor then tipped off the target of the hit and asked him to meet, where they both agreed to fake the man's death.

Mr Wei agreed to pose, gagged and bound, for a photo that Ling could take back to Yang Guangsheng – before later reporting the case to the police.

The case initially went to trial in 2016, but the six defendants were acquitted due to a lack of evidence. Prosecutors appealed against the decision, and the second trial lasted three years.

Tan, the businessman who ordered the hit, was sentenced to five years in jail, according to BBC. The rest of the assassination subcontracting club received between two to three years in jail.