U.S. troops came under artillery fire ​from the Turkish military that landed within "a few hundred meters" of their position in Kobani, Syria, a Pentagon spokeswoman said Friday. 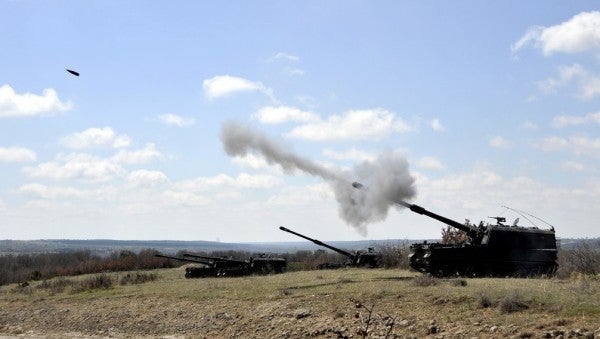 U.S. troops came under artillery fire from the Turkish military that landed within “a few hundred meters” of their position in Kobani, Syria, a Pentagon spokeswoman said Friday.

It was not clear what kind of artillery projectiles the Turks used, but impacts within 600 meters of friendly troops with artillery or mortars is typically considered “danger close.”

“The explosion occurred within a few hundred meters of a location outside the Security Mechanism zone and in an area known by the Turks to have U.S. forces present,” DeWalt said in an emailed statement. “All U.S. troops are accounted for with no injuries.”

Newsweek's Jim LaPorta first reported on Turkey shelling positions in northern Syria, where both U.S. Special Forces and Kurds were present. LaPorta told Task & Purpose a team of Green Berets withdrew from the building they were in soon after the artillery fire ceased.

U.S. forces, however, have not withdrawn from Kobani, DeWalt said.

“The United States remains opposed to the Turkish military move into Syria and especially objects to Turkish operations outside the Security Mechanism zone and in areas where the Turks know U.S. forces are present,” Dewalt added.

“The U.S. demands that Turkey avoid actions that could result in immediate defensive action.”