U.S. troops have a new high-value target in Syria on their mind, and her name is Mia Khalifa 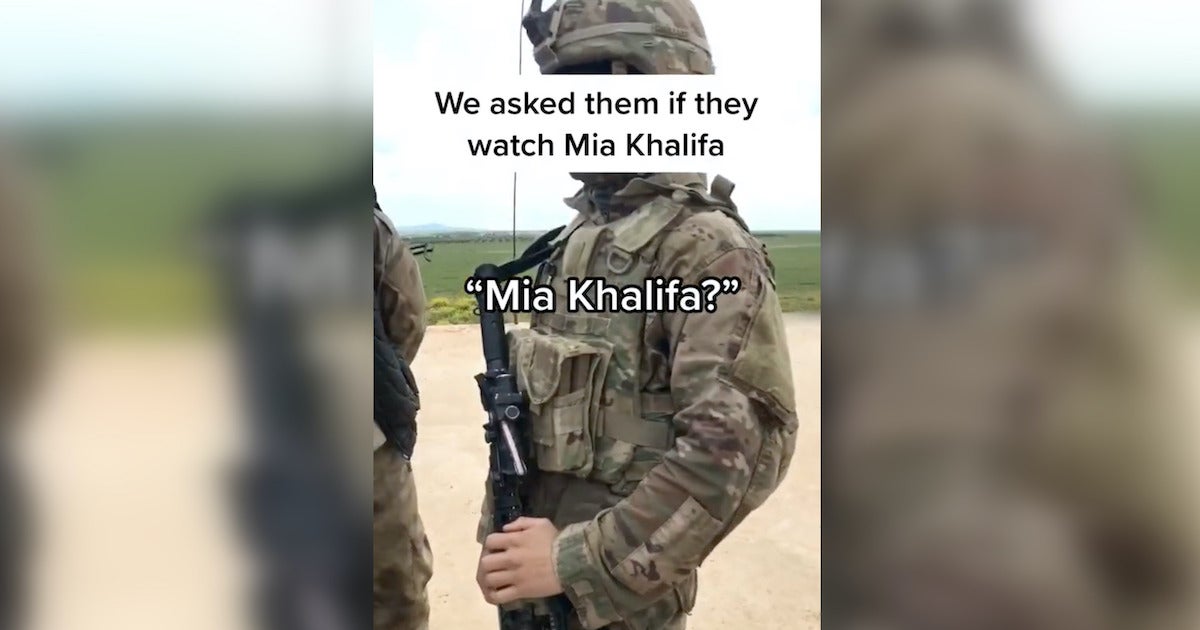 U.S. troops have a new high-value target in Syria on their mind, and her name is Mia Khalifa.

A new TikTok video, posted by a 101st Airborne soldier deployed to Syria with more than 600,000 followers on the platform, appears to show a group of U.S. troops asking a handful of civilians of they've recently seen Khalifa, a Lebenese-American pornographic actress who gained notoriety years ago for performing in a hijab.

That the soldiers are posting TikTok videos from Syria, where roughly 800 U.S. service members are currently deployed, raises questions regarding the use of the popular app and operational security.

In December 2019, the Army banned soldiers from using the popular social media app on government phones amid concerns that the Chinese-owned platform could become a security threat.

“It is considered a cyber threat,” Lt. Col. Robin Ochoa, an Army spokeswoman, told Military.com at the time.

The ban hasn't stopped troops like the 101st Airborne soldier in Syria from becoming influencers on TikTok. As Task & Purpose recently reported, a field artillery officer with nearly three million followers on the platform was recently suspended from Army leadership roles after posting an anti-semitic joke.

As for Khalifa, the former pornographic actress has gone on record multiple times in the past to condemn the adult video industry as one that “traps women legally into contracts when they're vulnerable.”

I guess that's one way to win hearts and minds.

Related: Army lieutenant gets lost trying to navigate human decency after joking about the Holocaust on TikTok