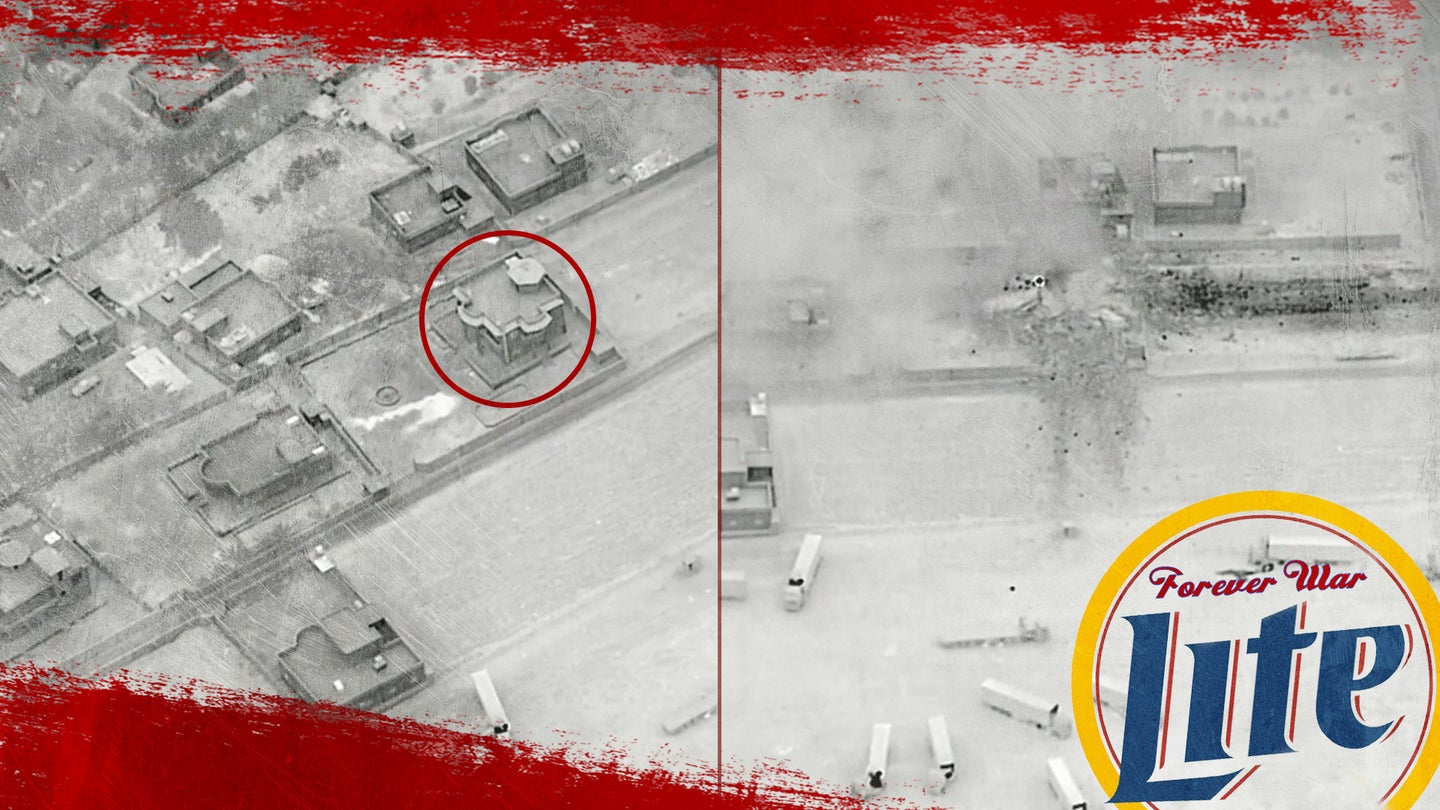 The most recent airstrikes against Iranian-backed militants in Iraq and Syria appears to foreshadow a new stage in the Global War on Terror: Forever War Lite. (Department of Defense).
SHARE

The latest U.S. airstrikes against Iranian-backed militia groups on the Iraqi/Syrian border prove that the fight against the Islamic State terrorist group has transitioned into an ongoing battle against Iran and its proxies in the Middle East.

On Sunday, Pentagon spokesman John Kirby announced that the U.S. warplanes had attacked a total of three “operational and weapons storage facilities” used by Iranian-backed groups such as Kata’ib Hezbollah and Kata’ib Sayyid al-Shuhada.

“The targets were selected because these facilities are utilized by Iran-backed militias that are engaged in unmanned aerial vehicle (UAV) attacks against U.S. personnel and facilities in Iraq,” Kirby said in a statement.

(Editor’s note: Adblocker will need to be disabled to view the video.)

It is the second time this year that President Joe Biden’s administration has targeted these groups. On Feb. 25, the U.S. military launched similar airstrikes in response to attacks against U.S. and coalition personnel in Iraq, including a rocket attack on Erbil airport that wounded an American service member and killed a civilian contractor.

But the February airstrikes did not stop hostilities against U.S. forces in Iraq.  On June 10, three drones attacked Baghdad International Airport, where hundreds of American and coalition troops are based, according to the Iraqi military.

That was one of several incidents in which drones have targeted U.S. troops in Iraq. Ain al-Asad Airbase in Anbar province, where American troops are based, was attacked by drones in May and June.

After withdrawing from Iraq at the end of 2011, the U.S. military returned to the country in 2014 to help fight ISIS, but since the terrorist group lost all the territory it once controlled, it’s become clear that the main reason why American troops are still in Iraq is to prevent the country from becoming another Iranian satellite state.

Iran responded with ballistic missile attacks on Erbil and Al Asad Air Base. No U.S. troops were killed but 110 service members at Al Asad were later diagnosed with mild Traumatic Brain Injury.

Also in January 2020, a U.S. commander in Iraq told reporters that most attacks against U.S. and coalition forces were being carried out by Shiite militias. That March, the U.S. military launched airstrikes against five Kata’ib Hezbollah weapons sites in Iraq, but that did not deter further attacks against U.S. troops.

With all U.S. forces set to depart Afghanistan by Sept. 11, the de-facto conflict with Iran promises to continue as Forever War Lite.