'Their names [are] forever associated with courage and bravery, mission accomplishment and excellence.' 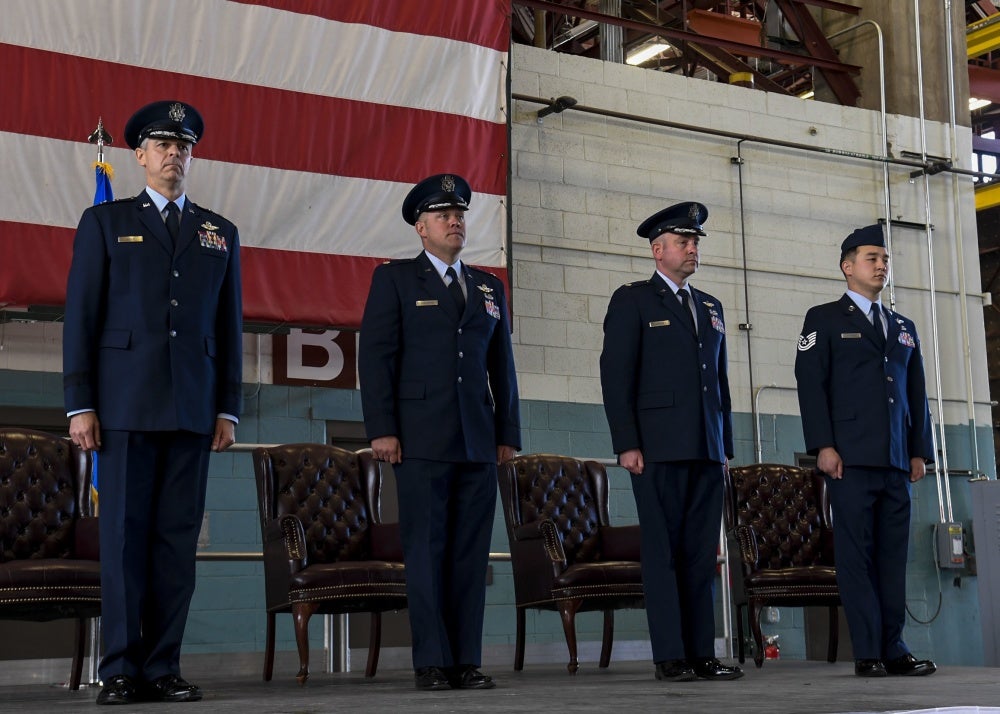 Three Air Force CV-22B Osprey aviators have been recognized for their bravery in helping to evacuate 194 special operators before Iran’s Jan. 8 ballistic missile attack on Al Asad Air Base, Iraq.

Levander and Leachman both serve with the 71st Operation Squadron and Darrow is the commander of 58th Operations Group Detachment 1.

On Jan. 7, Leachman was told about the imminent attack on Al Asad, according to the awards citations. His unit quickly rounded up all on- and off-duty personnel.

Within 90 minutes, three CV-22B Ospreys had taken off from Al Asad with 132 special operators aboard, the citations say. One of the aircraft was piloted by Darrow.

In order to evacuate as many people as quickly as possible, Darrow and the rest of his formation had to take off with the maximum weight that Ospreys can carry, according to the citations. Levander made the calculations to determine exactly how the aircraft could take off and land with a full load.

After returning to Al Assad, the Ospreys took on another 62 special operators, but the aircraft had to divert to a third location, in part because they were running low on fuel, the citations say.

Once the aircraft landed, they came under missile attack, the citations say.

Although the citations does not say where the Ospreys had landed, the Iranians also launched ballistic missiles at an airbase in Erbil that night.

Even though the base was under attack Levander left a hardened shelter to complete the refueling of the Ospreys, the citations say. Levander also fixed a critical flight control so that one of the Ospreys could take off again.

Despite other malfunctions and one of the Ospreys’ crew members being ill, Darrow got the aircraft back into the air and they managed to land in the desert along with 18 other aircraft with no light whatsoever, the citations say.

Levander “made vital calls” during the landing to make sure all of the Ospreys touched down safely, according to the citations.

After the Iranian attack was over, Leachman went on to oversee other successful missions, including moving a “fallen angel” – military terminology for a downed aircraft – from a base on the Syrian border, the citations say.

“Their names [are] forever associated with courage and bravery, mission accomplishment and excellence,” Willis said at the Nov. 3 awards ceremony. “They follow in the footsteps of the thousands of airmen who have gone before in the service of our nation and fought so we can enjoy freedoms and prosperity that most Americans take for granted. Most importantly so that we, our people and our allies, can live in peace.”