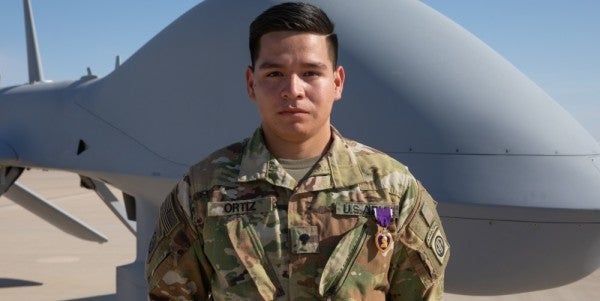 “The awards were approved by Lt. Gen. Pat White, commander, Combined Joint Task Force- Operation Inherent Resolve, following a review in accordance with Army and Air Force regulations,” said Navy Cmdr. Zachary Harrell, a CENTCOM spokesman. “Individual units were responsible for submitting award packages to CJTF-OIR for service members who had been injured and may be eligible for the Purple Heart as a result of the ballistic missile attack.”

CNN’s Barbara Starr first tweeted on Monday that the first six soldiers in Iraq and Kuwait were awarded their Purple Hearts on May 3 and 4.

The remaining awards will be presented this week, Harrell said.

Eleven Iranian ballistic missiles struck the Iraqi base that hosts U.S. service members on Jan. 8. The Iranian attack was in retaliation for the Jan. 2 U.S. airstrikes that killed Maj. Gen. Qasem Soleimani, then head of the Islamic Revolutionary Guards Corps.

Harrell noted that two airmen had been considered for the Purple Heart, but White recommended they not receive it. The final decision on the matter was made by Air Force Lt. Gen. Joseph T. Guastella, head of U.S. Air Forces Central Command.

A spokesman for U.S. Air Forces Central Command could not be reached for comment on Monday.

“It is important to note that a Traumatic Brain Injury (TBI) diagnosis does not automatically qualify a service member for Purple Heart eligibility or awarding, and the CJTF-OIR process was designed to be a fair and impartial proceeding that evaluated each case in accordance with applicable regulations,” Harrell said in a statement.

The Army requires that in order to be eligible for the Purple Heart, soldiers must be treated – not just examined – by medical professionals, according to Army Regulation 600–8–22.

For mild TBI, the definition of medical treatment includes being referred to a neurologist or neuropsychologist to treat the TBI or concussion; having to go through physical therapy or some other form of rehabilitation; and being restricted from full duty for longer than 48 hours, the regulation says.

“When considering award of the Purple Heart for a mild traumatic brain injury or concussion that did not result in the loss of consciousness, ensure the diagnosed mild traumatic brain injury resulted in a disposition of “not fit for full duty” by a medical officer for a period of greater than 48 hours based on persistent signs, symptoms, or findings of functional impairment resulting from the concussive event.”