“I don’t wanna close my eyes without feeling like I lived.” 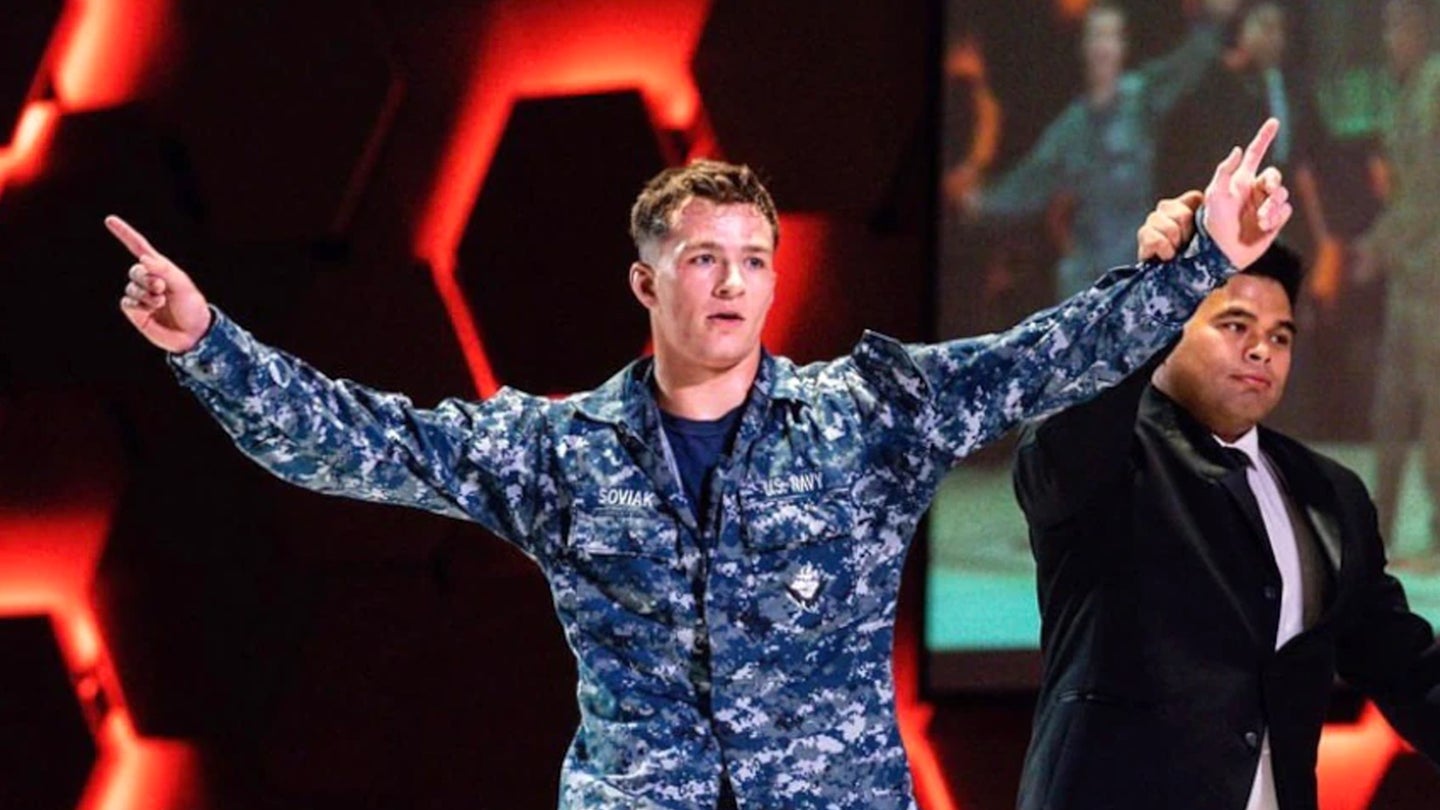 Navy Hospital Corpsman Third Class Maxton Soviak stands in triumph after winning an inter-service wrestling match on Guam in 2019. Soviak was posthumously promoted after being killed in a suicide bombing attack in Kabul, Afghanistan on Aug. 26, 2021. (Instagram / Max Soviak).
SHARE

The Navy corpsman who was killed last month in a suicide bombing at the Abbey Gate of Hamid Karzai International Airport in Kabul, Afghanistan has been posthumously promoted and awarded the Purple Heart and Fleet Marine Force Corpsman warfare badge in honor of his sacrifice, the Navy announced on Tuesday.

Hospital Corpsman Third Class Maxton W. Soviak, 22, was among 13 U.S. service members killed in the Aug. 26 bombing, which U.S. officials blamed on the Islamic State terrorist group. At least 90 Afghan civilians were also killed, along with 11 U.S. Marines and an Army special operations soldier. Eighteen other American service members and many more Afghans were wounded.

“Petty Officer Soviak gave the ultimate sacrifice in service to this country,” said Carlos Del Toro, Secretary of the Navy, in a statement on Tuesday. “While this promotion and the Fleet Marine Force Corpsman warfare badge are awarded posthumously, I have no doubt his dedication to this nation, his displayed skill as a Hospital Corpsman, and devotion to the mission at hand warrant this recognition.”

“Max always was smiling. We had a lot of good conversations,” Vince Ragnoni, who taught Soviak electrical technology at a career center while he was in high school, told CBS Pittsburgh last month. “Max was good for pulling shenanigans and liked to get other people to laugh.”

For a time Soviak was not sure what he wanted to do after high school, but he eventually decided to join the Navy. Ragnoni last spoke with Soviak shortly after graduating high school.

“He had just joined the Navy and he started telling me about what he’d be doing,” Ragnoni said. “I thanked him for his service. I told him I knew he would do great things. He was happy and excited about that.”

Photos on Soviak’s Instagram account show the corpsman rock climbing, skiing, fishing, and winning an inter-service wrestling match on Guam in 2019. One picture from March 24 shows him diving off a wall into deep blue water on Guam.

“If the world was coming to an end,” he wrote, “I don’t wanna close my eyes without feeling like I lived.”