Our thoughts are with these soldiers' loved ones 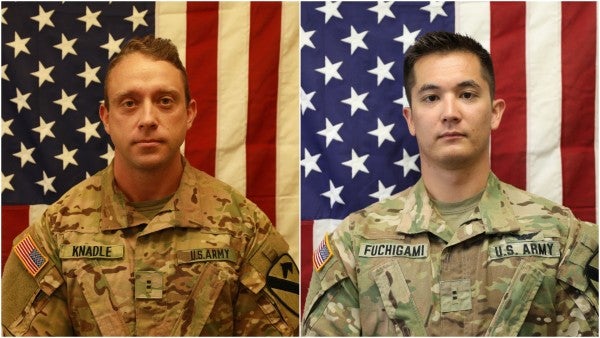 Knadle was from Tarrant, Texas; Fuchigami was frome Keaau, Hawaii.

The two were killed in Logar Province, Afghanistan, when their helicopter crashed while they were providing security assistance for troops on the ground, according to a Pentagon release.

The cause of the crash is still under investigation, though a U.S. Forces-Afghanistan news release on Wednesday said that preliminary reports did not indicate it was caused by enemy fire.