'The loss of Staff Sgt. Marketta and Sgt. Shelton has left a scar in this Regiment that will never completely heal.' 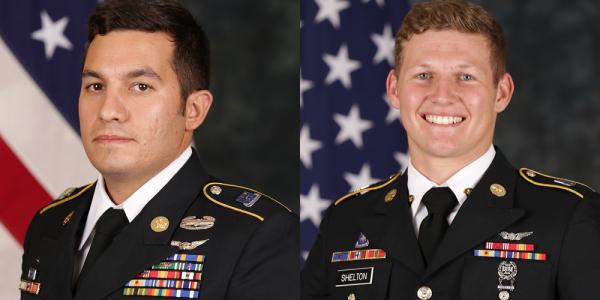 The Army has identified two special operations soldiers who were killed on Thursday when their helicopter crashed during a training mission in California: Staff Sgt. Vincent P. Marketta, who is a Distinguished Flying Cross recipient, and Sgt. Tyler M. Shelton.

Both Marketta and Shelton were assigned to the Army’s legendary 160th Special Operations Aviation Regiment (Airborne), according to U.S. Army Special Operations Command. They died when their MH-60 Black Hawk helicopter crashed on San Clemente Island – near where eight Marines and one sailor were killed on July 30 when their amphibious assault vehicle sank.

“The loss of Staff Sgt. Marketta and Sgt. Shelton has left a scar in this Regiment that will never completely heal,” Col. Andrew R. Graham, commander of the 160th Special Operations Aviation Regiment (Airborne), said in a statement. “Their level of dedication to the 160th SOAR (A) and their exemplary service in the Army is the embodiment of what it means to be a Night Stalker and a soldier

Marketta, 33, enlisted in the Army in 2011 and went on to become an MH-60 Pave Hawk crew chief, a USASOC news release says. He deployed to Afghanistan and made several other deployments to Iraq.

Shelton joined the Army in 2016 and also became a crew chief. He deployed to Afghanistan and his military awards include the Army Good Conduct Medal, Afghanistan Campaign Medal with Campaign Star, and the Army Service Ribbon.

Both soldiers will posthumously be awarded the Meritorious Service Medal.

“Our priority now is to ensure the Families of our fallen warriors receive our complete support as we work through this tragedy together,” Graham said in the statement. “We ask that you keep Staff Sgt. Marketta, Sgt. Shelton, their Families and fellow Night Stalkers in your thoughts and prayers.”