Both were killed when their aircraft went down about 5 p.m. on Oct. 23 in a residential area of Foley, Alabama. 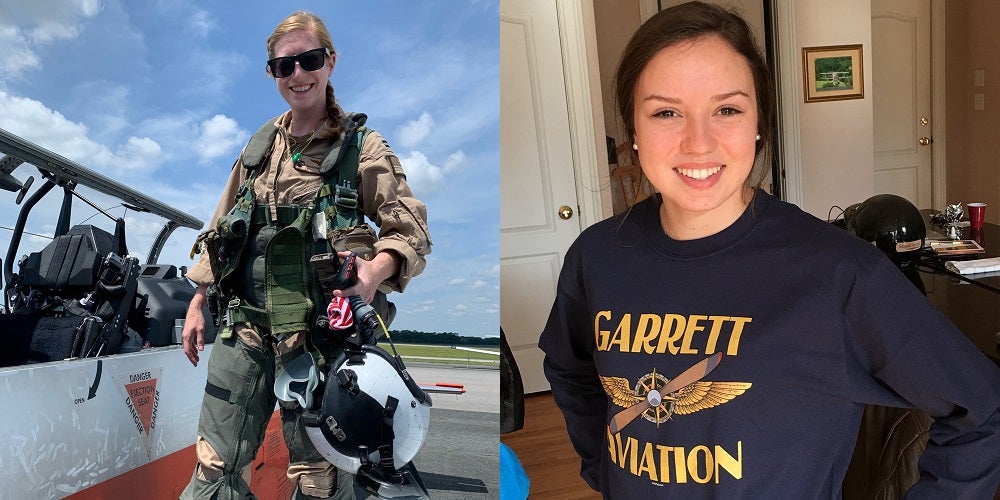 The Navy has identified the two people who were killed on Oct. 23 when their T-6B Texan II trainer aircraft crashed in Alabama as Navy Lt. Rhiannon Ross and Coast Guard Ensign Morgan Garrett.

Ross, 30, was an instructor pilot who was from Wixom, Michigan, according to Naval Air Forces. Garrett, 24, was a student pilot who came from North Carolina.

Both were killed when their aircraft went down about 5 p.m. on Oct. 23 in a residential area of Foley, Alabama, a Naval Air Forces news release says. No civilians were harmed in the crash, which is under investigation.

Rear Adm. Bill Kelly, superintendent of the Coast Guard Academy, announced Garrett’s death in a message to cadets and family members, as first reported by Patricia Kime of Military.com.

Garrett studied Marine and Environmental Sciences at the academy and also made the athletic director’s and commandant of cadet’s list every semester, Kelly wrote.

“She left an indelible mark on her classmates and the entire community, and she will be sorely missed by all,” Kelly wrote.

The fatal crash happened just three days after the Navy and Marine Corps announced that none of their pilots had been killed during fiscal 2020. It was the first time in nearly a century that naval aviation had gone a full year without any fatal crashes.