This is the seventh Air Force crash since May 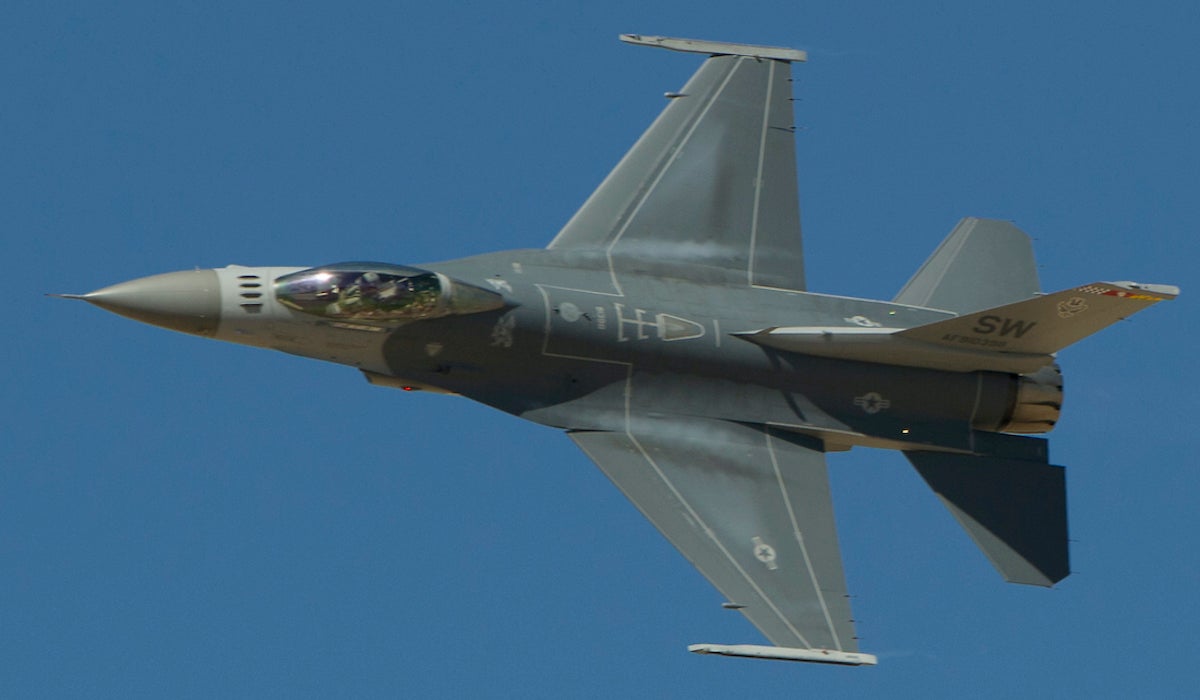 An F-16 pilot ejected on Monday when the fighter crashed during a landing at Holloman Air Force Base, New Mexico, according to a brief message on the base’s Facebook page.

The pilot is being treated for minor injuries, the message says. The F-16 was assigned to the 49th Wing.

This is the seventh aviation mishap for the Air Force since May.

Two of the crashes have been fatal: 1st Lt. David Schmitz was killed when his F-16CM crashed during a June 30 training flight near Shaw Air Force Base, South Carolina; and 1st Lt. Kenneth Allen died when his F-15C went down in the North Sea on June 15.

A Navy F/A-18F Super Hornet also crashed on June 18. The two aviators aboard the aircraft ejected into the Philippine Sea and were rescued.

The recent string of crashes comes after the total number of major aviation mishaps and fatalities for all of the military branches dropped from 2018 to 2019. The Air Force in particular saw a step drop in fatalities from 19 to 2 during that time frame.

It is not clear what factors may be contributing to the spike in crashes this year.