This is the second deadly crash for the Air Force in little over two weeks. 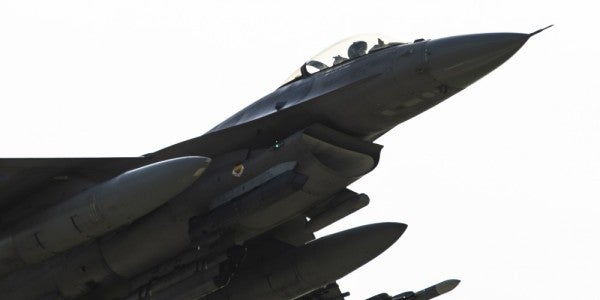 An F-16CM pilot was killed on Tuesday in the latest in a string of recent Air Force crashes.

The plane went down about 11:30 p.m. while conducting a training mission at Shaw Air Force Base, South Carolina, according to a message on the base’s Facebook page. The F-16M was assigned to the 20th Fighter Wing.

“I can confirm that the pilot is deceased,” Col. Larry Williams, wing commander, said in a brief video posted on Facebook. “The next of kin notification is ongoing. We ask that you respect the family and the squadron’s privacy as we complete this process.”

No information about what might have caused Tuesday’s crash was immediately available. The pilot was the only person aboard the F-16M at the time.

This is the second deadly crash for the Air Force in little over two weeks. On June 15, an F-15C based at RAF Lakenheath in the United Kingdom crashed into the North Sea, killing the aircraft’s pilot: 1st Lt. Kenneth Allen, of the 493rd Fighter Squadron.

The Air Force recorded five other mishaps in May and June:

Separately, two Navy aviators ejected from an F/A-18F Super Hornet on June 18. They were rescued and returned to the aircraft carrier USS Theodore Roosevelt, which was in the Philippine Sea at the time.