F-16 pilot killed in crash remembered as a man who ‘loved a lot of things’ — his family, his country, flying

Air Force 1st Lt. David Schmitz has been identified as the 77th Fighter Squadron pilot who was killed in an F-16CM crash on Tuesday during a training mission near Shaw Air Force Base in South Carolina. 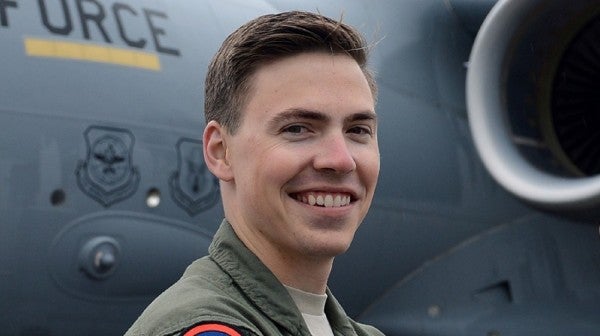 Air Force 1st Lt. David Schmitz has been identified as the 77th Fighter Squadron pilot who was killed in an F-16CM crash on Tuesday during a training mission near Shaw Air Force Base in South Carolina.

In a post to the base's official Facebook page, Col. Larry Sullivan, the 20th Fighter Wing commander, described Schmitz as a man who “loved a lot of things. He loved his family. He loved his country. And he loved to fly.”

“Last night, we lost one of our very best, Lt. David Schmitz,” Sullivan in the video. “He died conducting a training sortie in South Carolina as his squadron, the 77th ‘Gamblers,’ is preparing to deploy overseas for combat operations.”

A prior enlisted airman, Schmitz got his pilot's licence at 17, Sullivan said in the video, adding that he served with distinction as a load master on a C-17, but “never gave up on his lifelong goal of flying for the United States Air Force as a pilot.”

After receiving his commission through officer training school, Schmitz went on to pilot training, where he graduated at the top of his class.

“Our condolences go out to the Schmitz family. To the Gamblers and to all of Team Shaw,” Sullivan said.

As Task & Purpose previously reported, this is the second deadly crash for the service in over two weeks. On June 15, an F-15C at RAF Lakenhearth in the United Kingdom crashed, killing 1st Lt. Kenneth Allen, of the 493rd Fighter Squadron. Between May and June the Air Force recorded five other mishaps.