"These Soldiers were a part of our National Guard family and we mourn their loss, alongside their family members and loved ones." 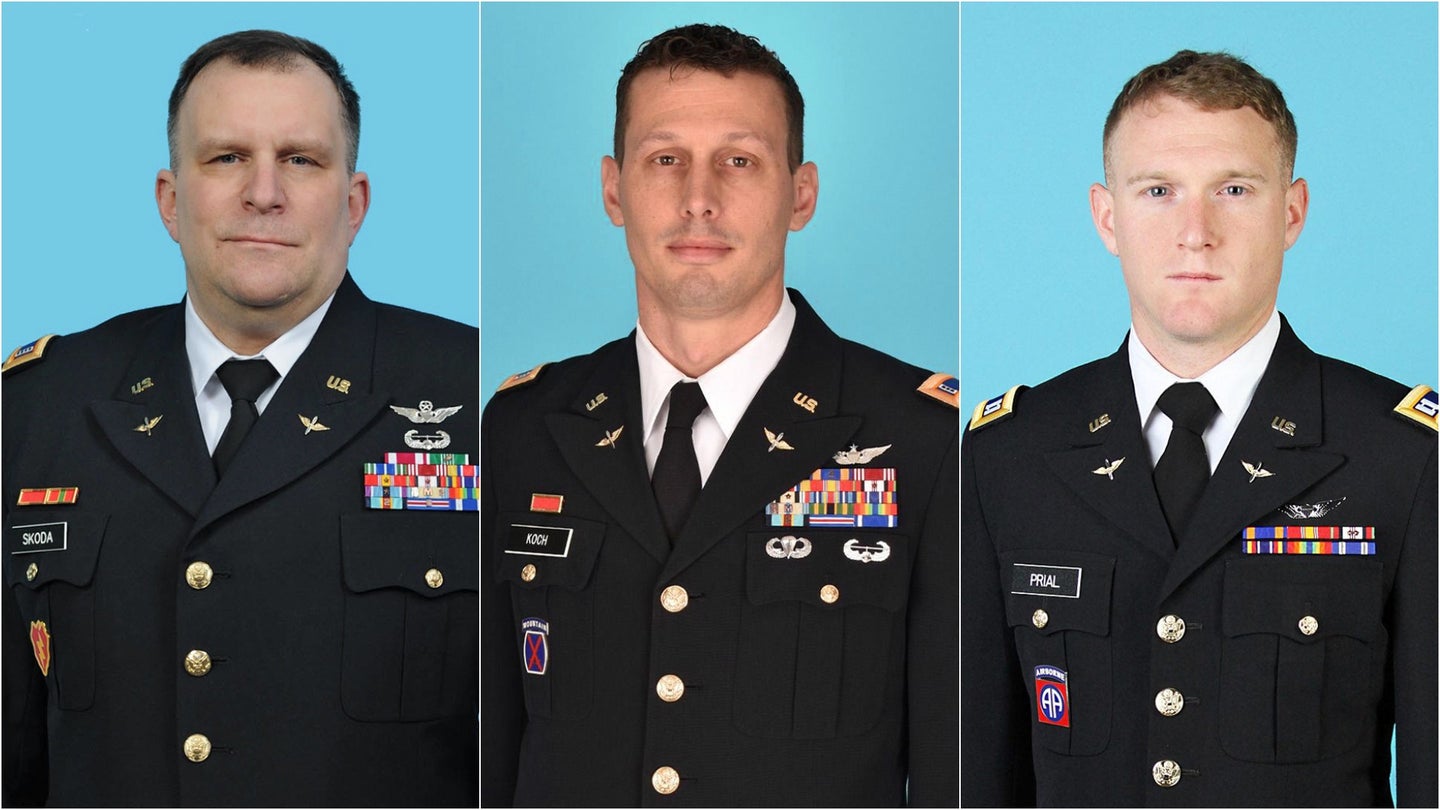 The three men were flying in a UH-60 medical evacuation helicopter on Wednesday during a routine training mission when the aircraft went down in Mendon, New York.

“These Soldiers were a part of our National Guard family and we mourn their loss, alongside their family members and loved ones,” the Guard said in a press release.

“The New York National Guard will be there for these family members as they navigate these trying times. Our chaplains and casualty assistance officers will be with them whenever needed.”

Skoda, 54, had served in the Army and the National Guard for 35 years after first joining the service in 1985. An experienced pilot with nearly 5,000 flying hours, Skoda deployed to Afghanistan in 2013 and 2019.

Koch, 39, was a 20-year veteran of the Guard who originally joined the Army as an infantryman. He became a helicopter pilot in 2006 and deployed to Afghanistan and Iraq.

Prial, 30, graduated from West Point and commissioned in the Army in 2012, later serving as a medical evacuation platoon leader in the 82nd Airborne Division. He deployed to Afghanistan in 2014 and 2015. Originally a captain, he accepted an appointment as a warrant officer in the New York Guard so he could continue flying, according to the release.