Russian Special Operations Forces Are Getting A ‘Silent’ Mortar System

Russian special operations forces are adding a silent-but-deadly new weapon to their arsenal. According to a report from Jane's 360,... 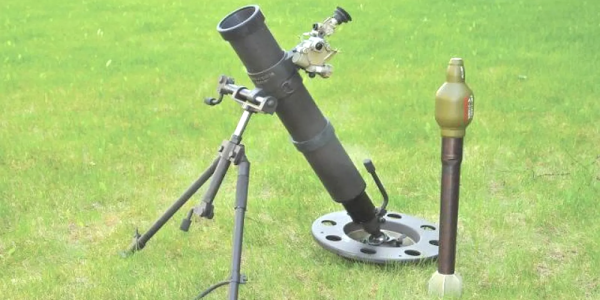 Russian special operations forces are adding a silent-but-deadly new weapon to their arsenal. According to a report from Jane's 360, the Russian Ministry of Defense plans on acquiring new “silenced” mortar systems to help its commandos remain undetected downrange.

The Jane's report, published during Russia's Army 2018 defense expo at the end of August, indicates that Russia's spetsnaz special operations forces will get their hands on “several dozen” 2B25 “silent” 82mm mortar system designed by the Burevestnik Institute in the coming months.

According to Jane's source, the 2B25’s noise level “does not exceed that of a Kalashnikov AKMB assault rifle fitted with the PBS-1 silencer,” while the system itself “produces almost no muzzle flash or smoke.” Here are some of the technical details, per The War Zone:

But in the Army's case, the “howitzer silencer” wasn't developed for strategic reasons. As We Are The Mighty observed, the system was intended to reduce the disruptive boom of artillery fire so taxpayers in neighboring communities could go about their lives in peace.