Cue the "silent but deadly" jokes 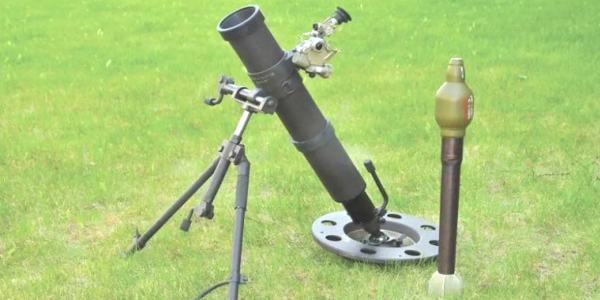 Cue the “silent but deadly” jokes: the Russian military has finally managed to get its hands on a new 'silenced' mortar system to help soldiers remain undetected while providing indirect fire support downrange.

The Russian Army has reportedly started to receive the first of its new “silent” 2B25 Gull 82mm mortar system designed by the Rostec-owned Burevestnik Institute, state-run media outlet TASS reported on May 7 citing an unnamed defense source.

“The deliveries of 2B25 silent mortars to the troops have begun. In particular, special-purpose units received several dozen such mortars recently,” the defense source told TASS. “During its operation, the Gull proved its worth as an easy-to-operate and reliable weapon, which is actually stealthy.”

The first of “several dozen” silent mortar systems purchased by the Russian Ministry of Defense back in September 2018, Burevestnik researchers claim the Gull system can nail targets at up to 1,200 meters away with a firing rate of 15 rounds per minute.

So how “silent” is the Gull, really? As Jane's 360 reported last year, the Gull's noise level “does not exceed that of a Kalashnikov AKMB assault rifle fitted with the PBS-1 silencer,” while the system itself “produces almost no muzzle flash or smoke.”

According to TASS, the Gull system “is currently the sole silent mortar on the world arms market.”

SEE ALSO: This Is The Mortar System That's Been Dropping Rounds On The Taliban For The Last 16 Years

WATCH NEXT: German Troops Train With Mules And Mortars