About 2,900 active-duty and 2,000 National Guardsmen are currently deployed to the border as part of a mission that is now called Operation Guardian Support. 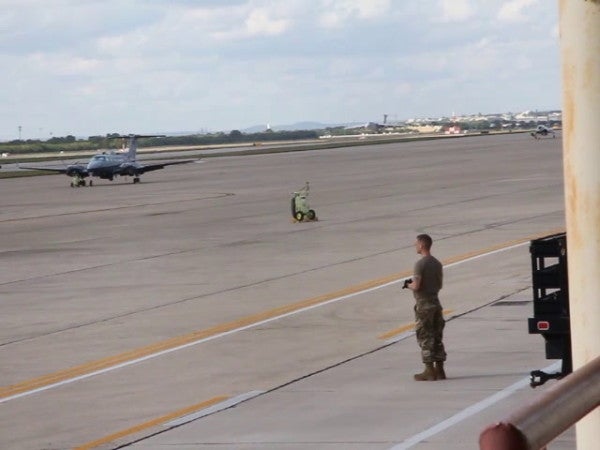 The White House is asking Congress for another $377 million to fund active-duty and National Guard troops deployed to the southwestern border, officials announced on Wednesday.

The money is part of a total of $4.5 billion in emergency funding requested by the Office of Management and Budget to fund a variety of agencies involved with border security.

Speaking to reporters on Wednesday, a senior administration official described what the extra money would be used for in broad terms without elaborating.

“The $377 million is to fund a provision of logistical, administrative, aerial surveillance and other border-related intelligence support to CBP (U.S. Customs and Border Protection),” the official said. “The funding level is for active-duty and National Guard personnel to support DHS (Department of Homeland Security) in its mission at the border.”

None of the $4.5 billion requested would fund building President Donald Trump's border wall, the official said.

About 2,900 active-duty and 2,000 National Guardsmen are currently deployed to the border as part of a mission that is now called Operation Guardian Support, Task & Purpose has learned.

Senior administration officials justified the Trump administration's request for more money by saying the situation along the U.S. border is deteriorating and the U.S. Department of Health and Human Services' funding to take care of unaccompanied children could be exhausted next month.

But the chairman of the House Appropriations defense subcommittee excoriated both the Pentagon and OMB for submitting the emergency request before asking lawmakers for the billions of dollars needed to repair Air Force and Marine Corps bases that have been devastated by hurricanes.

“I cannot ignore the fact that Congress is still waiting for OMB and the Department of Defense to send over a comprehensive supplemental request to address the extensive damage to key military installations for national disasters,” said Rep. Pete Visclosky (D-Ind.). “Just yesterday, the commandant of the Marine Corps said one of his biggest challenges is getting assistance to rebuild Camp Lejeune. We heard similar comments from the Air Force leadership earlier this year about Tyndall Air Force Base.

“I am baffled by the administration's decision not to prioritize the rebuilding of these very important installations.”

However, Congress does not have to wait for a formal request from the Pentagon or White House to provide the money needed to rebuild Tyndall, Air Force Secretary Heather Wilson told reporters in March.

“There is nothing in the Constitution that says that you have to propose something from the administration in order to get a supplemental going,” Wilson said, according to Military.com reporter Oriana Pawlyk. “I used to work this on [Capitol] Hill on the House side.”