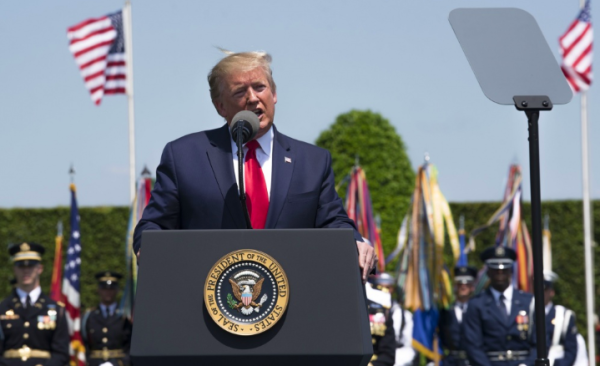 Military base schools and Hurricane Maria-related recovery projects in Puerto Rico are among the military construction projects having their funding redirected to pay for the border wall.

A list provided by the Department of Defense on Tuesday offered an itemized look at the $3.6 billion worth of military construction projects that are having their funding reprogrammed towards the wall at the southwest border, which came about after President Donald Trump declared a national emergency earlier this year.

In total, 127 projects overseas and in the U.S. and its territories are having their funding diverted. This includes 10 projects related to Hurricane Maria recovery, to the tune of just over $400 million; nine school projects — six overseas and three in the U.S.; over $700 million in projects meant to help deter Russia in Europe; $160 million originally heading to West Point for an engineering center and structure support; and $17 million for a fire/crash rescue station at Tyndall Air Force Base, which suffered overwhelming damage during Hurricane Michael.

A senior defense official emphasized to reporters on Wednesday that the Pentagon still believed these projects are important, but that they “have to respond to the emergency that we’ve been directed to respond to on the southwest border.

This struck a different tone than Trump had in February, when he said that the projects having their funding diverted “didn’t sound too important to me.”

Of the Hurricane Maria projects impacted, the official said that the Pentagon is “fully committed to the recovery effort,” and that the earliest project was not set to be awarded until September 2020, and that the funding is “something we can use now and backfill, we’ve got time to do that.”

The schools on the list were either being replaced completely — “really upgrading to sort of modern technology,” the official said — or being refurbished. The official added there are still existing facilities being used, and that Defense Department schools will continue being “some of the best there are.”

The Pentagon is working with Congress on getting the projects backfilled, the official explained, so that they can continue without delay; that’s one of the reasons projects that aren’t meant to be awarded until next year were chosen, so there’s time to get them funded in the next budget.

But there are no guarantees that they will be, which the official acknowledged. Many lawmakers have expressed frustration at the method the administration has taken to get funding for a wall that they declined to fund in the first place, by taking money from projects that Congress had already approved and leaving them to fund them again.

President Trump campaigned on the idea that Mexico was going to pay for the border wall, and maintains that Mexico will end up paying — “ventually, but at a later date,” “through reimbursement/other.”

“I think it would be too early for me to answer a question about ‘what if this’ or ‘what if that,'” the official said when asked what the Pentagon planned to do if the funding was never replaced. “I think we’re focused on kind of our near-term actions, and if there’s things that progress that don’t work out, we’ll adjust and we’ll plan as we need to.”

Read the full itemized list of deferred projects below: