If El Chapo won’t pay for the border wall, Trump could use $21 billion in DoD funds

"For example, we have a $1 billion medical center being built to replace the Landstuhl hospital in Germany. We've spent about $300 million. In this last bill we spent another $300 million so you've got the prospect of leaving the hospital half-built." 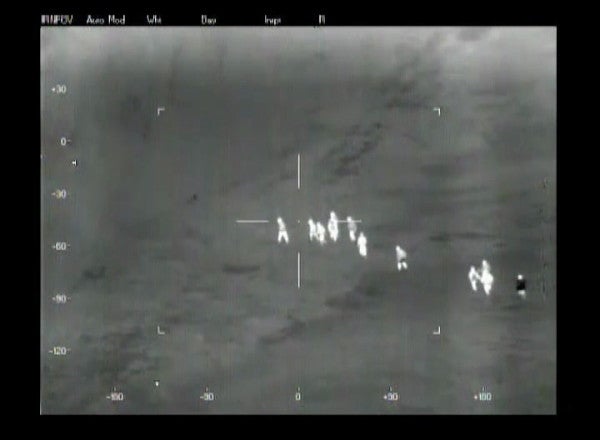 President Donald Trump can spend up to $21 billion in unobligated military construction funds to build his border wall if he declares a national emergency, congressional aides told reporters on Thursday.

The Defense Department would decide which construction projects would see their funding go toward the border wall, the aides said. Congress would then need to pass new appropriations bills to fund those projects.

“For example, we have a $1 billion medical center being built to replace the Landstuhl hospital in Germany,” one aide said. “We've spent about $300 million. In this last bill we spent another $300 million so you've got the prospect of leaving the hospital half-built.”

Military construction projects are funded over a series of years by individual spending bills called “appropriations.” The Defense Department received its appropriation for fiscal 2019 on time for the first time in years, meaning it has 12 months to spend all of its money.

As of Thursday, none of the money appropriated for construction projects in the Fiscal 2019 National Defense Authorization Act has been obligated, the aides said.

However, Senate Majority Leader Mitch McConnell (R-Ken,) announced on Thursday that the president will declcare a national emergency to fund the border wall after he signs a spending measure for the rest of the government.

White House spokeswoman Sarah Sanders told reporters on Thursday that the White House will have an announcement later about Trump's national security declaration.

“”President Trump will sign the government funding bill, and as he has stated before, he will also take other executive action – including a national emergency – to ensure we stop the national security and humanitarian crisis at the border,” Sanders said in a statement. “The president is once again delivering on his promise to build the wall, protect the border, and secure our great country.”

A Defense Department spokesman had no information on which military construction funding might be re-appropriated for the border wall.