U.S. troops could get up to $1,000 extra per year under the pay raise included in the Pentagon's proposed fiscal 2020 budget. 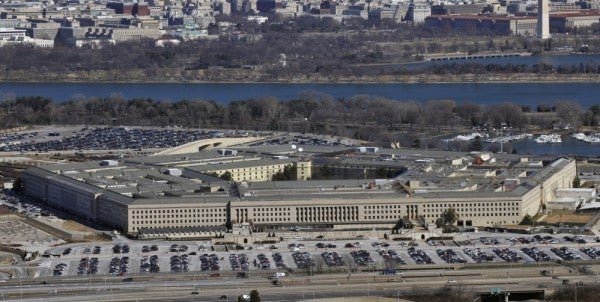 Everything about the Defense Department's proposed fiscal 2020 budget is big, from the largest pay raise for troops in a decade to a huge increase in the wartime budget.

The Pentagon's $718 billion request represents a nearly 5 percent increase to the $685 billion enacted for defense spending this fiscal year.

Under the pay raise included in the proposed fiscal 2020 budget, U.S. troops could get up to $1,000 extra per year, a Pentagon spokeswoman said.

The Defense Department has also requested a massive increase in the “overseas contingency operations” budget, which is technically supposed to fund wartime operations but has become more of a Pentagon wish list because it is not subject to the spending caps that Congress imposed in 2011.

The wartime budget would balloon from $69 billion to $165 billion, of which only a small portion would go for actual operations overseas: $25.4 billion would fund combat and combat support costs; $41.3 billion would pay for the U.S. military's presence in the Middle East, Africa, the Philippines, and Europe; and $97.9 billion would go toward new munitions and other readiness costs that are “financed in the OCO budget due to the limits on the base budget defense resources under the budget caps in current law,” defense officials said.

Lawmakers have condemned the Pentagon for loading the wartime budget with expenses that are unrelated to ongoing operations.

“The use of a massive budgetary gimmick to hide the true cost of this defense spending request should outrage everyone who claims to care about fiscal responsibility,” House Appropriations Committee Chairwoman Nita M. Lowey (D-N.Y.) said on Monday.

Separate from the wartime budget, the Pentagon is asking for $9.2 billion in “emergency” funding, of which $2 billion would repair damage to bases in Florida and North Carolina done by Hurricanes Florence and Michael, a senior defense official said.

Another $3.6 billion would be used to build barriers along the southwestern border and the remaining $3.6 billion would replenish money taken from military construction projects included in the Defense Department's fiscal 2019 budget to build the border wall, the official told reporters on Monday.

House Armed Services Committee Chairman Adam Smith (D-Wash.) has vowed to prevent the Defense Department from transferring any money at all in the fiscal 2020 budget to prevent any further defense spending from being used to build the border wall.

SEE ALSO: The Pentagon Is Not Pissing Away As Much Money As You Think