Shanahan’s comments cause a disturbance in the Space Force

Before Space Force can land on Klendathu, it needs to get past the chairman of the House Armed Services Committee. 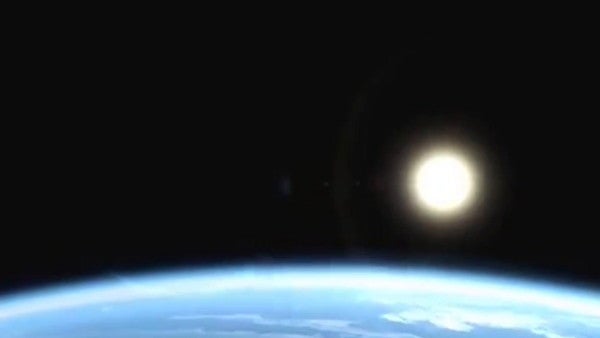 Acting Defense Secretary Patrick Shanahan nearly ripped a hole in the Space-Time Continuum on Thursday when he told reporters that the nominees to lead the Space Force would be announced soon.

“Travelling in Florida Thursday, Shanahan said that he already has nominees in mind for the top spots of the Space Force,” as first reported by Aaron Mehta of Defense News.

Well, there are a couple of problems with that: First and foremost is that the service does not exist. (To be clear, the word “exist” applies to things that are real in the literal sense as opposed to goals, dreams, aspirations, and success in Afghanistan.)

Before the U.S. military can wage war in space, Congress needs to approve the Pentagon's proposal to stand up Space Force as the sixth military branch.

The biggest adversary to the Defense Department's plans is the chairman of the House Armed Services Committee, whose Biblical hate of everything in the military's proposed 2020 budget extends to the legislative groundwork needed to create Space Force.

Rep. Adam Smith (D-Wash.) is arguing that Space Force as currently envisioned would be a “top-heavy bureaucracy” of 16,000 people led by two four-star generals and a new Air Force undersecretary. He also said the Pentagon has not told Congress how much Space Force will ultimately cost.

“Finally, a large part of the proposal is an attack on the rights of DoD civilian employees,” Smith said in a March 25 statement. “It asks for broad authority to waive long-standing and effective elements of civil service rules, pay rates, merit-based hiring, and senior civilian management practices.

“As a result, I will look at other potential legislative options regarding the Space Force, either in or separate from the annual National Defense Authorization Act.”

The Space Force skirmish is part of an overall war between Smith and the Pentagon about the budget. At a recent hearing, Smith could barely hide his fury over the Defense Department's request for nearly $100 billion in wartime funding for expenses that have nothing to do with combat operations; $3.6 billion for border wall funding; and another $3.6 billion to replenish military construction projects that are expected to be defunded this fiscal year to pay for the border wall.

“That budget is not going to pass,” Smith warned on March 26 – sounding a bit like Gandalf in “Lord of the Rings.”

In other space wars news, the Pentagon has found a new hope: Air Force Gen. John W. Raymond, who was nominated on March 26 to lead U.S. Space Command, which would be responsible for all of the services' space components, including the Army's Space and Missile Defense Command and the Navy's Program Executive Office Space Systems.

If confirmed by the Senate, Raymond would be in charge of both Air Force and U.S. Space Command.

Now that we're all caught up on where things stand, it's time to ask the big picture question: Are we on the brink of having real life star wars.

Hollywood has warned us for decades that humans would eventually have to fight in an infinite vacuum that cannot support life of any kind. Thankfully, the military has extensive experience sending human beings into similar environments, such as Fort Polk, Louisiana; Twentynine Palms, California; Minot, Air Force Base, North Dakota; and Norfolk, Virginia.

Your friend and humble Pentagon correspondent took it upon himself to ask about the next fight in space. One person who might know is Paul Verhoeven, director of “Starship Troopers,” which is loosely based on the book of the same name – which does not include a co-ed shower scene. (You can read it as often as you want, it aint in there.)

Unfortunately, this reporter has never had luck talking to celebrities, and this time turned out to be no different.

“Mr. Verhoeven is currently in Europe on post-production for his next film, and will not be available for any interviews until much later this year,” said his spokeswoman Marion Rosenberg.

George Lucas could not be reached for comment either.

Since the Pentagon is clearly not worried about an alien invasion, perhaps Space Command could be the start of a more benign approach toward space – closer to the “Star Trek” vision of the future.

But Todd Harrison said it is too soon to say whether Raymond's nomination to lead Space Command signals that the Pentagon is ready to boldly go where no one has gone before.

“They haven't made a basing decision yet on where to locate U.S. Space Command, but if they chose to base it in orbit then we will definitely be on a path to a Starfleet,” he said.

SEE ALSO: The Pentagon Refuses To Discuss How It Plans To Screw Up The New Space Force Uniforms