The Pentagon wants a 139 percent increase in its wartime budget even though it is not fighting any new wars. 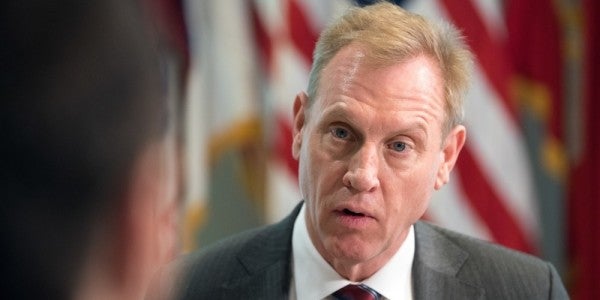 Sen. Elizabeth Warren accused the Pentagon of creating a “slush fund” by loading its wartime budget with nearly $100 billion that does not fund operations in Syria, Iraq, or Afghanistan.

The Pentagon's proposed $718 billion fiscal 2020 budget includes $165 billion for “overseas contingency operations,” which is supposed to fund combat operations and is not subject to limits on defense spending that Congress imposed as part of the Budget Control Act of 2011.

Of the $165 billion wartime budget, only $66.7 would fund “direct war requirements” while the remaining $97.9 billion would go towards readiness costs, such as buying new munitions, Pentagon Comptroller Elaine McCusker said on Wednesday. The White House's Office of Management and Budget decided to put those expenses in the “OCO” budget.

On Thursday, Warren tore into top Pentagon officials for requesting a 139 percent increase in wartime funding — nearly equal to the OCO budget when the U.S. had roughly 150,000 troops deployed. By comparison, about 21,000 U.S. troops are currently deployed to Afghanistan, Syria, and Iraq, she said.

“I just want to be absolutely clear so that the taxpayer understands: You're requesting funding in OCO to fund activities that have nothing to do with the reason that OCO was established – is that correct?” Warren asked at a Senate Armed Services Committee hearing.

Acting Defense Secretary Patrick Shanahan and David L. Norquist, who is performing the duties of the Deputy Secretary of Defense, attempted to dodge Warren's question by explaining the process of how the Pentagon developed the fiscal 2020 budget.

“We're asking for $750 billion topline and we want to work with this committee to get the appropriation and authorization …” Shanahan said before Warren cut him off.

“What we're really talking about here is the establishment of a slush fund to hide what's happening with defense spending and get it out from underneath the statutory caps,” Warren said.

Shanahan tried to interject, but Warren steamrolled on.

“I think it's time to stop this business of more, more, more for the military and establishing a slush fund like this and saying, 'Oh, because we put it in two different accounts somehow changes the fact,' it's just not true, and we just need to be honest with the American people about how much we're spending here,” Warren said.

Shanahan countered that the Pentagon is being completely open with Congress.

“There is no slush fund,” he said. “We can take the money and tie it back to the National Defense Strategy and what we need to defend America.”

Todd Harrison, a defense budget analyst, described the wartime budget as a “loophole in the law” but would not go as far as calling it a slush fund because the money can't be used for just anything. The funds are appropriated by Congress so they are still subject to restrictions placed on them by lawmakers.

“It is a bit rich to see Democrats getting outraged about this on principle when the Obama administration (and previous Congresses) did the same thing, only to a lesser degree,” said Harrison, of the Center for Strategic and International Studies think tank in Washington, D.C.

“One thing I will say is that this budget does a much better job being transparent about how OCO money is being used – better than the Obama administration ever did,” Harrison told Task & Purpose. “In particular, this budget separates out the funding that was already in OCO that is being used for 'enduring requirements,' which is just a euphemism for base budget requirements. In past budgets, these enduring costs were mixed in with Afghanistan and Syria funding, which made it look like these operations were much more expensive than they actually were.”

Warren, who is vying for the Democratic nomination in the 2020 presidential election, has advocated for cutting defense spending. She has also called for the United States to enter into more arms control negotiations so that it can cut its nuclear arsenal and conventional weapons stockpiles.

Speaking at American University in November, she argued the Pentagon is captive to defense industry.

“More-of-everything is great for defense contractors – but it's a poor replacement for a real strategy,” Warren said in her Nov. 29 speech. “We need to be smarter and faster than those who wish to do us harm. We need to tap our creativity to anticipate and evaluate both risks and responses. And we need to better weigh the long-term costs and benefits of military intervention. That's how we'll keep Americans safe.”