It could pave the way for Shanahan to finally get an official nomination from the White House. 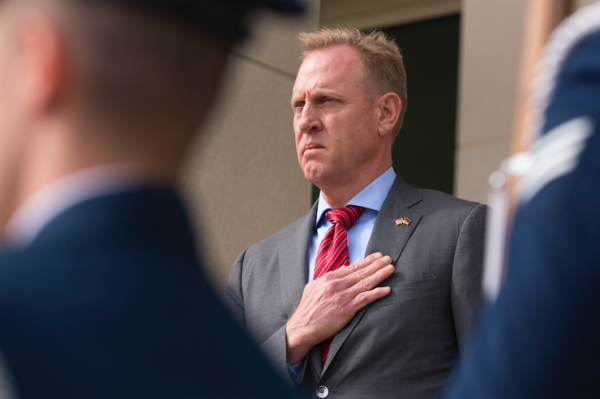 Acting Defense Secretary Patrick Shanahan has gotten the green light and has been cleared of wrongdoing by the Pentagon's Inspector General, which was investigating him for alleged inappropriate favoritism of Boeing — his former place of employment for over 30 years.

Citizens for Responsibility and Ethics (CREW) filed the complaint on March 13, saying Shanahan “prodded DOD to increase funding for Boeing-produced fighter jets in next year's budget.”

The investigation kicked off shortly thereafter after complaints that Shanahan “allegedly took actions to promote his former employer…and disparage its competitors, allegedly in violation of ethics rules,” a DoD IG spokesperson said at the time.

“We did not substantiate any of the allegations,” said the IG report, which was released on Thursday. “We determined that Mr. Shanahan fully complied with his ethics agreements and his ethical obligations regarding Boeing and its competitors.”

One of the allegations was that Shanahan “repeatedly dumped” on Lockheed Martin's F-35, and called it “fucked up.” The IG concluded on that point that Shanahan was speaking of the F-35 program, not the aircraft, and that his comments “were consistent with other comments about problems in the F-35 program made by other senior DoD officials.”

The Washington Post reported in April that the White House was waiting for the ethics probe to conclude before President Donald Trump took steps to officially nominate Shanahan as Defense Secretary.

When asked by Task & Purpose if Shanahan expected to be nominated soon, given the conclusion of the investigation, his spokesman Lt. Col. Joe Buccino responded: “Who knows, Haley?”

SEE ALSO: This Air Force slide shows how the F-35 became a bottomless money pit from which there is no escape