Just one day after the Army’s inspector general insisted that the service was doing everything in its power to address... 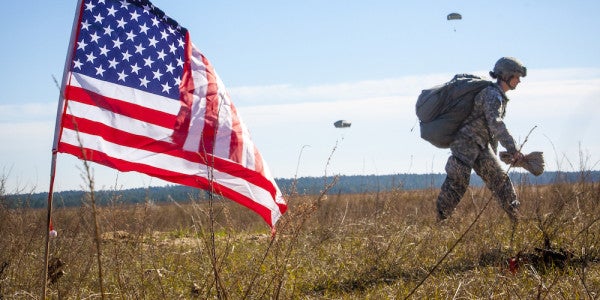 Just one day after the Army’s inspector general insisted that the service was doing everything in its power to address sexual misconduct among senior branch leaders, a Pentagon report detailed a pattern of sexual harassment and abuse festering right under his nose.

A new report from the Department of Defense Inspector General published on Feb. 9 revealed that Joseph F. Guzowski — the principal director to the inspector general for inspections (PDTIGI), a retired lieutenant colonel, and a member of the Army’s senior executive service since 2004 — “engaged in unwelcome and intentional touching of two employees; made a derogatory comment to an employee that witnesses considered offensive and condescending; threw money at an employee during a conference presentation; and made remarks to female employees about belly fat, their need to follow his diet, and to lose weight.”

Related: ‘Continuum Of Harm’: The Military Has Been Fighting Sexual Assault In Its Ranks For Decades, But Women Say It’s Still Happening »

The DODIG report called Guzowski’s behavior, which occurred over the course of at least six years, “a course of conduct that failed to treat employees with dignity and respect” and a violation of the DoD’s Joint Ethics Regulation and Army Regulations. But the details are especially gross.

In April 2012, Guzowski told one complainant that he was her “special protector” before putting the moves on her over after-work cocktails, while his wife was away on temporary duty travel; after the colleague rebuked him, he grabbed her ass later that week. In another incident in August 2016, he showered a female Army IG employee in cash. During the years in between, he frequently commented on female employees’ bodies and diets.

It gets worse: When Guzowski was presented with the results of the OIG’s investigation last October, he acknowledged that “the conduct described in the allegations is clearly inappropriate” but insisted he “did not commit this alleged conduct,” accusing his female targets of ulterior motives in an effort to undermine their credibility.

The nature of Guzowski’s infractions is especially alarming given his position within in the Army’s investigative framework. As PDTIGI, according to a 2010 update to the branch regulations governing its IG, he wielded authority over the release of IG records and their potential use in any “adverse actions” against DoD personnel, including a suspension, reduction in grade or pay. Commanders and supervisors can’t even use IG documents to initiate flagging actions for individuals unless first approved by Guzowksi or two other leaders.

The DoD IG published its report on the Guzowski investigation the day after Army Inspector General Lt. Gen. David Quantock joined other military leaders on Capitol Hill on Feb. 8 to push back on concerns over misconduct among senior officials and commanders. While an October 2017 USA Today investigation alleged that at least 500 senior military and civilian defense leaders had engaged in “serious misconduct” since 2013 alone, Quantock insisted that only 1% of the Army’s 685 general officers had engaged in misconduct in that time period.

“We do acknowledge problems exist, and we take senior misconduct very seriously,” Quantock said. “This small fraction of senior leaders does not represent the honorable service and character of the entire general officer corps.”

Unfortunately, the Guzowski report casts a shadow over the Army’s already-troubled handling of misconduct cases. Quantock may have a point with regards to officer misconduct broadly, but the Army’s track record on sexual misconduct suggests otherwise: Rep. Jackie Speier, a Democrat from California and long-time advocate for military sexual assault prevention reform, cited the cushy retirement of Maj. Gen. Ralph Baker as evidence of “different spanks for different ranks,” as she put it. How can the Army IG ensure consistency when one of its main leaders appears inherently opposed to the effort?

Guzowski’s years of alleged misconduct while perched atop the Army’s IG machine may perpetuate the same chilling effect that’s inoculated the U.S. armed forces against a true #MeToo moment. According to the Pentagon, two-thirds of the estimated 14,900 service members who were sexually assaulted in 2016 didn’t report their experiences out of fear of retaliation. Quantock can insist that it’s a “small fraction” of senior officials and general officers engaged in misconduct, but until the Army has an IG that can truly serve with the full confidence of soldiers, he’ll never truly know the size and scope of the Army’s sexual misconduct problem.