The Pentagon has said for years that tackling sexual assault is a top priority. A new report shows just the opposite

"That was a choice on their part ... It wasn't a priority for them." 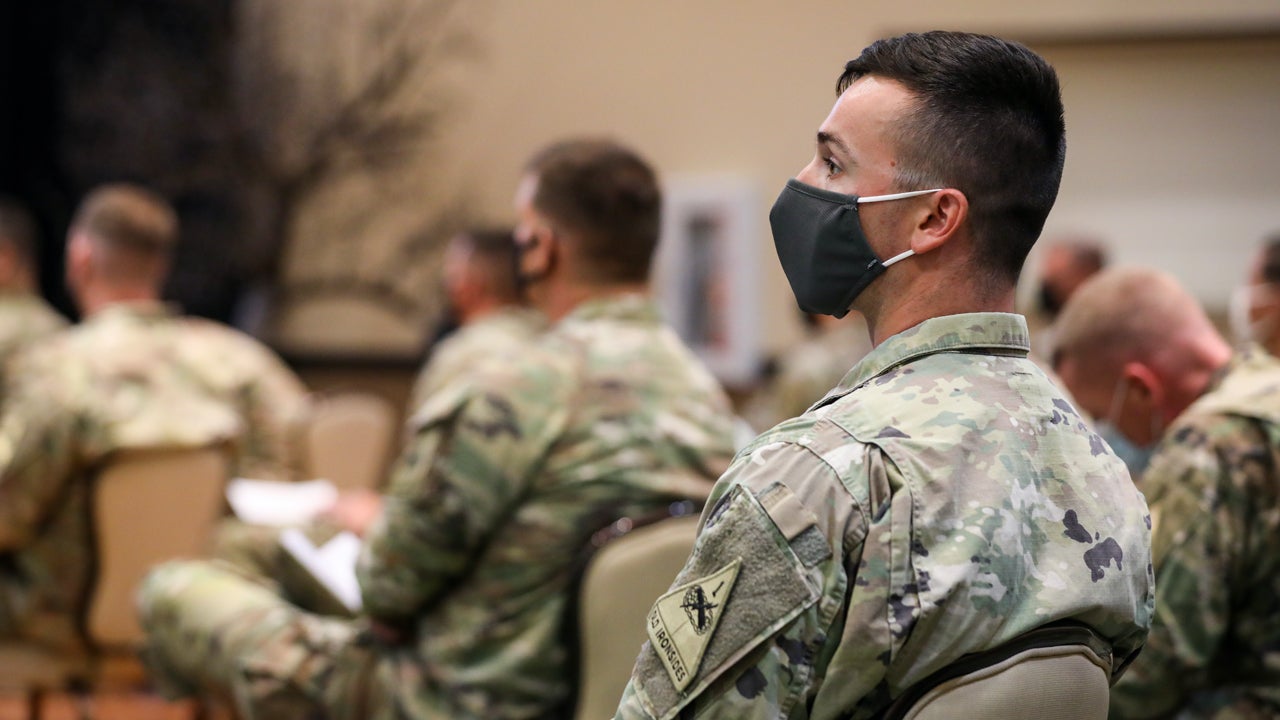 A Soldier assigned to 1st Armored Division attends and listens to a presentation during the 6th Annual Sexual Harassment/Assault Response and Prevention (SHARP) Summit at Fort Bliss, Texas, Aug. 26.
SHARE

Although Pentagon leaders have said for years that sexual assault is a top priority for the Department of Defense, a new watchdog report confirms what critics have long said: It isn’t.

A Defense Department inspector general report released this week shows that unrestricted reports of sexual assault have more than doubled in the last decade, but the Pentagon has not provided additional resources or training to its investigators to keep up with the growing case load. Experts told Task & Purpose that’s indicative of a department that ultimately isn’t prioritizing the prevention of sexual harassment and assault.

“There’s a lot of empty words that have come out over the years about how they’re going to handle this,” said Don Christensen, president of Protect Our Defenders and the former chief prosecutor of the Air Force. “And ultimately that falls back to the secretaries of defense, service secretaries, and service chiefs. They’re in charge.”

The report released Wednesday, titled Evaluation of Special Victim Investigation and Prosecution Capability within the Department of Defense, found that the criminal investigative organizations of the individual military services didn’t consistently assign certified lead investigators, or specially trained prosecutors, to cases that included sexual assault or domestic violence. As a result, investigations of those offenses were at times carried out “in a manner that was inconsistent with federal law and DoD policy.”

The second policy requires that specially trained prosecutors are involved in the notification, collaboration, and consultation of each case. Despite that requirement, the Army, Navy, Air Force and Marine Corps failed to follow the policy in 50%, 59%, 94%, and 11% of cases examined by the inspector general, respectively.

It’s critical that those policies be followed, Christensen said, not only to have investigators and prosecutors who know what to ask during the investigation, but how to ask it in order to take care of the survivor.

“The first time you interview a survivor, you haven’t got a clue what you’re doing,” said Christensen, describing the sensitive nature of interviewing people about such a personal and often traumatic experience. “The second time you really don’t have much of a clue. And it’s easy to misunderstand counterintuitive behavior, it’s easy to start victim blaming — you need people that have done this a lot.”

Having specially trained prosecutors involved in the investigation also helps the prosecutor build a better case; while investigators might not think a piece of evidence is particularly important, Christensen said a prosecutor is looking at the case thinking, “What more do I need to prove this case beyond a reasonable doubt?”

Ultimately, when confronted with the inspector general’s findings, the military services said that the real problem was a lack of resources: they do not have enough investigators to handle the caseload.

This lack of resources is at odds with the sentiment that has been expressed by military leaders over the years in regards to how sexual assault is being prioritized, particularly from secretaries of defense: Jim Mattis said prevention of sexual assault “is our moral duty.” Ashton Carter said it is “crystal clear that we have to do more.” Chuck Hagel said eradicating sexual assault is “essential to the long-term health and readiness of the force.” Leon Panetta called sexual assault “a stain on the good honor of the great majority of our troops and their families.”

Yet Wednesday’s report shows the number of unrestricted sexual assault reports rose sharply from 2,640 in fiscal year 2011 to 5,699 in fiscal year 2019 while the services “have not been provided with an increase in resources and manpower.”

Lory Manning, the director of government affairs for the Service Women’s Action Network , acknowledged that the Pentagon had multiple competing priorities during the same timeframe — like a 20-year war, for example. There were “tough decisions” that the Pentagon had to make in allocating resources, Manning said, and they “did not come down on the side of beefing up our ability to investigate sexual harassment and other special victims crimes.”

Christensen said he doesn’t have much sympathy for the criminal investigation organization leaders who are now saying they don’t have enough resources.

“That was a choice on their part ….  It falls squarely on the shoulders of the judge advocate generals,” he said. “It wasn’t a priority for them.”

The inspector general’s findings also support similar findings from the independent review committee, commissioned by the Pentagon earlier this year to study military sexual assault. That report, released in July, said the military justice system “will never be equipped to properly respond to special victim cases” until cases are handled “by highly trained and experienced special victim prosecutors.”

The report released on Wednesday bolsters the findings of  the independent committee, Manning said, specifically about the need to better fund and train investigators. And it reaffirms how critical addressing those gaps in resourcing in training is to the fight against sexual assault.

“If we want to fix our sexual assault problem,” she said, “we’ve got to fix this first.”