"What we're not seeing is all of our programs, our response system that we put in place, our prevention efforts, they're not translating into the behavior change we need cadets and midshipmen to have in order to stop this." 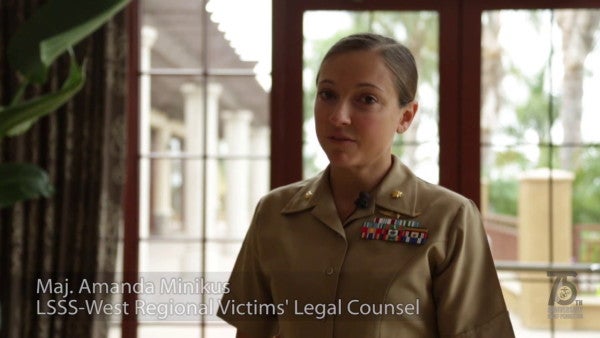 Incidents of sexual assault and other unwanted sexual contact at the three military service academies have spiked nearly 50 percent since 2016, defense officials announced on Thursday.

A total of 747 midshipmen and cadets responded that they had been the victim of unwanted sexual contact as part of a biennial survey, compared with 507 victims in 2016, Galbreath told reporters on Thursday as the Pentagon released its annual report on sexual harassment and violence at the military service academies.

At West Point, 273 cadets responded on the survey that they were victims of sexual assault, Galbreath said. Meanwhile, 254 midshipmen at the U.S. Naval Academy indicated they had been sexually assaulted, and 221 cadets at the Air Force Academy said they were sexual assault victims. (The reason those three numbers total to 748 is due to rounding, Galbreath explained.)

“There is no room in the U.S. Army for sexual harassment or sexual assault,” Army Secretary Mark Esper and Chief Of Staff Gen. Mark Milley said in a statement on Thursday. “This is a readiness issue that affects our ability to prepare to fight and win our nation's wars as much as it is an issue of values. As such, we have directed the West Point leadership to report back with an updated action plan in the coming weeks.”

After claiming for years that increased reports of sexual assault at the service academies showed the success of reporting programs, defense officials acknowledged on Thursday that the most recent data show the problem is getting worse.

“Unfortunately, the findings show that the rates of sexual misconduct at the academies has increased again,” said Elizabeth Van Winkle, executive director of the Pentagon's Office of Force Resiliency. “We find these results to be frustrating, and unacceptable.

“We do not believe the trends in this report reflect the time, energy and commitment dedicated to eliminating sexual misconduct in the service academies. Instead, the treads are a reflection of the pervasiveness of this misconduct and the difficulty in sustaining a culture change over time.”

Top service leaders remain committed to curbing sexual assaults at the service academies, but Galbreath conceded that the Defense Department's efforts have not yielded results so far.

“What we're not seeing is all of our programs, our response system that we put in place, our prevention efforts, they're not translating into the behavior change we need cadets and midshipmen to have in order to stop this,” Galbreath said.

Neither Galbreath nor any of the other defense officials briefing reporters on Thursday offered any concrete solutions to fix the rising rates of sexual assault and harassment at the service academies.

“We are assessing what we can do across the life cycle of the midshipman and cadet, and that is from the time that they come in to the time that they graduate, and as a result we know that there's things that we need to do in order to motivate them,” Galbreath said.

“It's not just a training solution; it's policy changes as well,” he continued. “Each academy and each of the service secretaries are using this data to check their plans and formulate new ways ahead.”

“It is time for the president and Congress to replace military leadership who have failed to stem the tide of sexual assault and harassment,” retired Air Force Col. Don Christensen, president of the group, said in a news release. “Holding senior leaders responsible will send a clear message that not only can the academies do better, but they must do better.”

SEE ALSO: More Sexual Assaults Are Reported In The Military, But Fewer Cases Are Going To Trial