The trial is projected to start on April 19 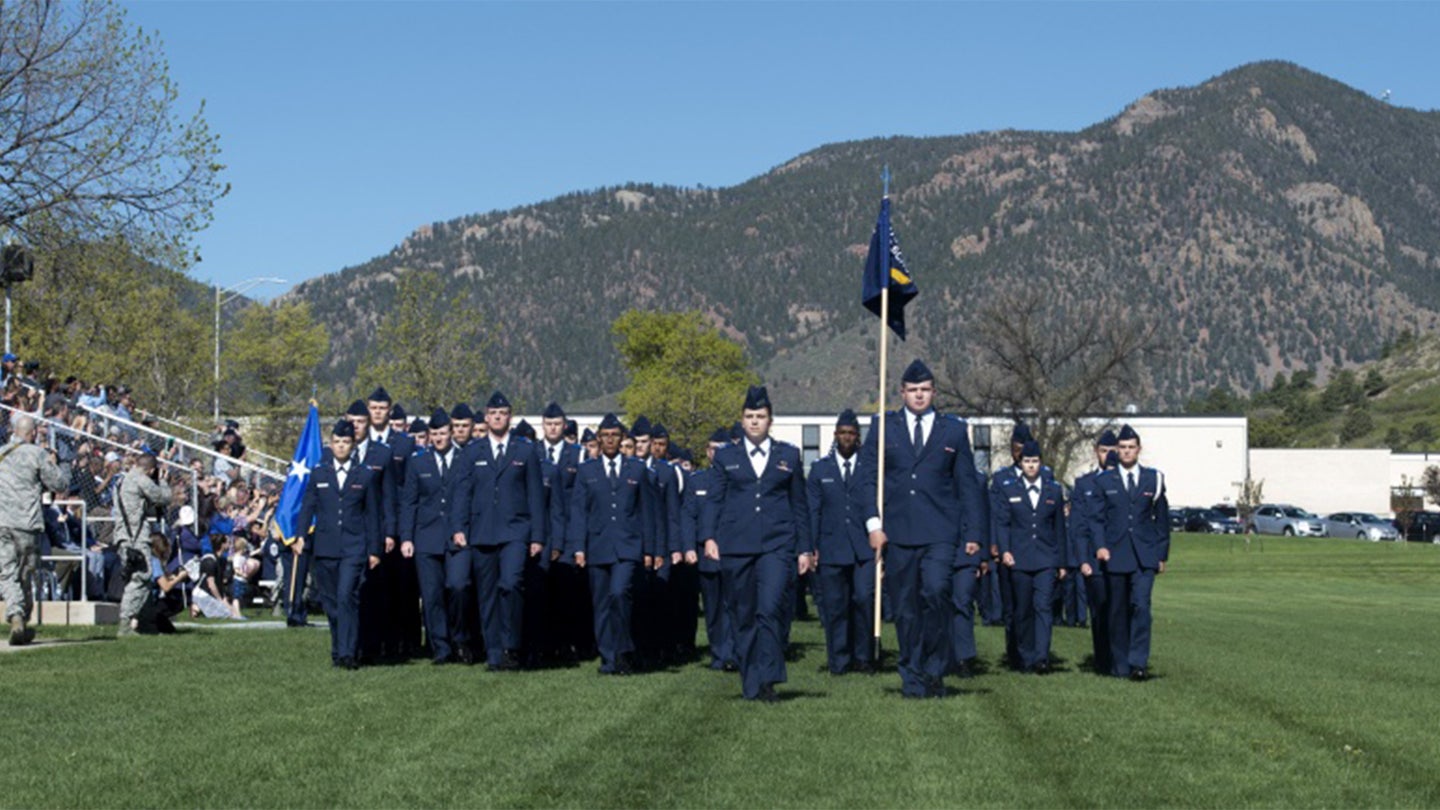 An Air Force officer who was assigned to the U.S. Air Force Academy Preparatory School will face a general court-martial this spring on charges of dereliction of duty, prohibited activities with a trainee, and sexual assault, according to the Air Force JAG Corps’ online docket.

Maj. Elaine C. Christian, a force support officer, allegedly groped “a specially protected junior member of the armed forces” in the fall of 2019, according to a charge sheet provided to Task & Purpose by the Air Force Academy. Force support officers like Christian specialize in personnel management, which could mean anything from developing education programs for airmen to handling promotion and separation paperwork. She has served in the Air Force since 2006, according to the Air Force Personnel Center.

The charge was a violation of Article 93a of the Uniform Code of Military Justice: prohibited activities with a military recruit or trainee by a person in a position of special trust. The term “specially protected junior member” generally means a recruit or trainee in an initial enlisted or officer training program, while “person in a position of special trust,” refers to a training or leadership position, as Christian was in, though the charge sheet did not specify the nature of that position.

Since the incident allegedly took place at the Academy, the victim may have been a cadet, though they could have also been a cadet candidate enrolled at the Preparatory School, a 10-month program located near the academy which prepares possible cadets, 40 percent of whom are recruited athletes, for life at the academy.

Christian was also charged with committing sexual assault sometime between Oct. 1 and Nov. 30, 2019, at or near the academy, when she allegedly groped an individual “with an intent to gratify her sexual desire” without the victim’s consent, the charge sheet said. It remains unclear whether this victim was the same as the one of the alleged Article 93a violation.

Christian was also charged with two counts of violating UCMJ Article 92, failure to obey order or regulation, when she allegedly carried on an inappropriate “social relationship” with at least one person at or near the academy, the charge sheet said, and when she allegedly provided alcohol for Air Force Academy cadets under 21 years old on or about Oct. 1 and Nov. 30, 2019.

Christian’s trial is expected to begin on April 19 at the Air Force Academy, according to the JAG docket. Her defense counsel declined to speak about the case. The academy’s public affairs office stressed that the charges were merely accusations and Christian is presumed innocent until proven guilty.

The Air Force Academy in particular has struggled to rebuild its own SAPR office, the study found. The entire SAPR staff was replaced in 2018 after a separate report called the office “derelict” in its duties, Air Force Magazine reported. In 2018-2019, the new staff was still working to understand how the academy worked, and SAPR staffers often contradicted each other’s orders, wrote Col. Gerald P. Szybist, the Air Force Academy Inspector General at the time, in 2020.

It did not help that the new staff were “starting from nothing” and had to work with office files that were “missing, inaccurate or inadequate,” from the previous group, Szybist wrote. The new staff underwent 11 inspections, assessments and inquiries in 18 months, and they were often “over-saturated and under resourced,” and there was a “lack of comprehensive onboarding/training.”

Meanwhile, the Pentagon’s SAPR office emphasized how important it was to eliminate sexual assault from service academies. “The academies are critical points of accession from which we draw future leaders,” the office wrote in 2020. “We must get this right.”

And Lloyd Austin, the new Secretary of Defense, shares this goal for the military writ large. “We must do more,” Austin wrote in a memo on Saturday where he gave senior military leaders until Feb. 5 to prepare a summary of what is and is not working in their efforts to combat sexual assault and harassment. “All of us.”