The Army is looking for new soldiers in 22 cities that have not been traditional hotbeds of recruiting, said Gen.... 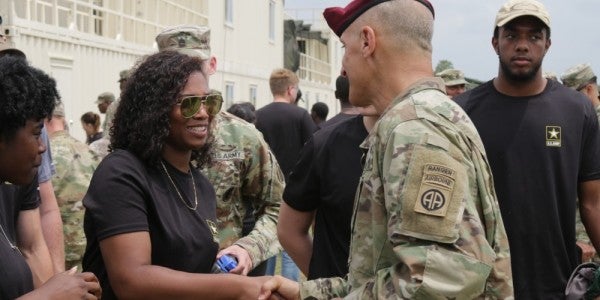 The Army is looking for new soldiers in 22 cities that have not been traditional hotbeds of recruiting, said Gen. Stephen Townsend, head of Training and Doctrine Command.

Townsend and other top Army leaders spoke at a media roundtable about how the service plans to meet its recruiting goal for fiscal 2019 after falling short this year. But as Army moves into recruiting deserts, it will have to overcome resistance biases against military service.

That is why the Army is changing its strategy for recruiting commercials, Townsend explained. Instead of having one recruiting pitch for the entire country, the Army will target specific areas with locally tailored messages that “get to what make those folks tick.”

“We need to tell them what the benefits of service are and what interests them,” Townsend said. “So what interests the youth of Boston? High tech jobs, cyber, computers. We just need to lay that out for them.”

After years of drawing down due to budget cuts, the Army is trying to get bigger again. But the Army went into fiscal 2018 with recruiting commercials that were years old, Townsend said. The service’s recruiting website was also woefully out of date and it did not have enough recruiters to meet its goal.

As part of its new strategy, the Army is switching from cold calling potential recruits to focusing on social media platforms, such as Twitter, Twtich, and Tik Tok, said Maj. Gen. Frank Muth, head of Recruiting Command.

But the service does not have plans for recruiters to reach out to young people on dating apps, such as Tinder, Muth said.

“There’s a list of [Defense Information Systems Agency]-approved apps that we’re allowed to put on government phones,” Muth explained. “Facebook is already allowed and so is Twitter and these other ones we have. Those are not.”