Western Iraq Is Like The Bar From ‘Cheers,’ Marine Colonel Tells Reporters

It’s not often that western Iraq evokes memories of long-defunct 1980s sitcoms in warfighters, but when one Marine colonel considers... 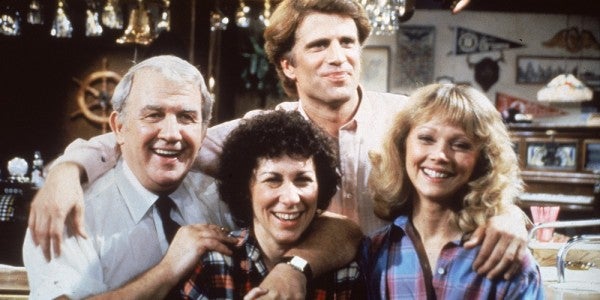 It’s not often that western Iraq evokes memories of long-defunct 1980s sitcoms in warfighters, but when one Marine colonel considers Anbar province, his first thought is… “Cheers.” Yes, the TV show.

Col. Seth Folsom leads Task Force Lion, which is advising and assisting Iraqi security forces in western Anbar province near the Syrian border. Between September and November 2017, the Iraqis liberated the cities of Rihanna, Annah, Al Qaim, and Rawa from ISIS fighters, who either threw down their weapons or fled to Syria, Folsom told Pentagon reporters on Tuesday in a telephone news briefing.

With the end of fighting, thousands of Iraqis who’d left western Anbar province have begun to return — 20,000 have come back to Al Qaim district alone, Folsom said. Iraqi security forces are screening the returning refugees to try to detect possible ISIS sleeper cells, but the border forces are not using biometric technology as part of the process, he said.

Folsom then added that this part of Iraq is a tightly knit community… a bit like a fictional watering hole in Boston.

“Here’s the interesting thing about Al Anbar, especially western Anbar: It’s kind of like the bar at ‘Cheers,’ if anybody remembers that television show,” Folsom explained. “It’s a place where everybody knows your name.”

In a place like Al Qaim, it’s very difficult for somebody to try to enter that city who is not from there. The fabric of western Anbar is composed of many different tribes, and within those tribes, everybody knows everybody. So if you are a malign actor who’s trying to infiltrate his way into the urban center, there’s a good chance that someone is going to figure you out.

Believe it or not, the Iraqis are actually a lot smarter than us in doing that kind of thing. We’ve been monitoring how they’ve been screening people. We’ve been reporting those numbers and so far we have not had a problem with it. It’s actually been a pretty impressive process.

The numbers that are coming in every day give us hope that a place like Al Qaim — which really was the last bastion of ISIS fighter — that it’s going to return to something like normal soon.

“Cheers,” a staple of NBC’s “Must-See Thursday” prime-time offerings, aired from 1982 to 1993. Its 11-season run is considered a high achievement for any sitcom.

The war in Iraq, on the other hand, just entered its 16th season, and is likely to be renewed into the foreseeable future.