The U.S. Army has failed to monitor over $1 billion worth of arms and other military equipment transfers to Kuwait and... 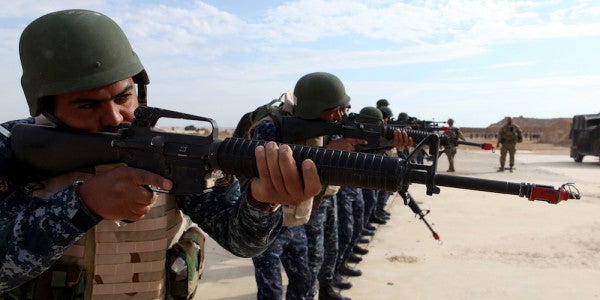 The U.S. Army has failed to monitor over $1 billion worth of arms and other military equipment transfers to Kuwait and Iraq, Amnesty International says in a report citing a 2016 U.S. government audit.

The now-declassified document by the Department of Defence audit, was obtained by the rights group following Freedom of Information requests.

The audit reveals that the DoD “did not have accurate, up-to-date records on the quantity and location” of a vast amount of equipment on hand in Kuwait and Iraq.

Some records were incomplete, while duplicated spreadsheets, handwritten receipts and the lack of a central database increased the risk for human-error while entering data.

“This audit provides a worrying insight into the U.S. Army's flawed — and potentially dangerous — system for controlling millions of dollars' worth of arms transfers to a hugely volatile region,” says Patrick Wilcken, Amnesty International's Arms Control and Human Rights researcher, in the report.

The rights group says in the report that its own research has “consistently documented” lax controls and record-keeping within the Iraqi chain of command, which had resulted in arms winding up in the hands of armed groups such as ISIS

“After all this time and all these warnings, the same problems keep occurring,” Wilcken said.

The military transfers were part of the Iraq Train and Equip Fund (ITEF), a program that appropriated $1.6 billion to provide assistance to military and other security services associated with the government of Iraq, including Kurdish and tribal security forces.

“This effort is focused on critical ground forces needed to degrade and ultimately defeat ISIS in Iraq, secure its national borders and prevent ISIS from developing safe havens,” the DoD said in a report justifying ITEF.

“If support is not provided American interests in the region would be undermined.”

In response to the audit, the Army has pledged to implement corrective actions.

“This occurred during the Obama administration as well, and groups such as Amnesty International repeatedly called on irresponsible arms transfers to be tackled, as the weapons were not only falling into the hands of groups like ISIS but also pro-Tehran Shia jihadists fighting for the Iraqi government,” Tallha Abdulrazaq, a security researcher at the University of Exeter, told Al Jazeera via email.

“While ISIS certainly needs to be fought, if this is achieved by hurling arms at groups that are just as extreme as the militant group, how does that resolve the situation?”

Amnesty International has urged the U.S. to comply with laws and treaties to stop arms transfers or diversion of arms that could fuel atrocities.

“This should be an urgent wake-up call for the U.S., and all countries supplying arms to urgently shore up checks and controls,” Wilcken said.