Iran may have been behind attack on Iraq’s Balad Air Base, State Department says

"We're waiting for full evidence, but if past is prologue then there's a good chance that Iran was behind it" 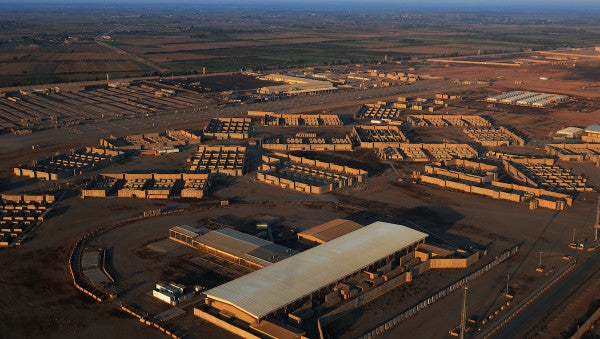 WASHINGTON (Reuters) – Iran may have been behind Thursday's attack on Iraq's Balad air base, a senior U.S. State Department official said on Friday, but added that Washington was awaiting further evidence.

Iraqi military on Thursday said that two Katyusha rockets landed inside Balad air base, which hosts U.S. forces and contractors and is located about 50 miles (80 kilometers) north of Baghdad.

No casualties or damages were reported in the attack for which there was no immediate claim of responsibility.

“We're waiting for full evidence, but if past is prologue then there's a good chance that Iran was behind it,” David Schenker, Assistant Secretary for Near Eastern Affairs, told reporters in a briefing.

On Tuesday, five rockets landed on Ain Al-Asad air base, which hosts U.S. forces in Anbar province in western Iraq without causing any casualties.

Schenker called the increasing attacks something of “great concern,” and said Iran has become more aggressive over the past five to six months.

“The Iranians often times, or have certainly in the past, taken aggressive action when they feel under pressure,” he said.

The United States ratcheted up economic sanctions against Iran after U.S. President Donald Trump pulled out of a 2015 nuclear pact between Tehran and world powers to choke Iran's oil exports and isolate its economy.

In response, Tehran has remained defiant and rolled back commitments it made under the 2015 deal aimed at keeping Iran from developing nuclear weapons. Iran also has been angry over a lack of European protection from U.S. sanctions.

Some analysts have warned that cornering Tehran could make it more aggressive. Tensions in the Gulf in recent months have spiked after attacks on oil tankers and a September air strike on Saudi oil facilities, which the United States blamed on Iran, but that Tehran has denied.