WASHINGTON — The Army is adding hundreds of new recruiters after failing to get as many new soldiers to enlist... 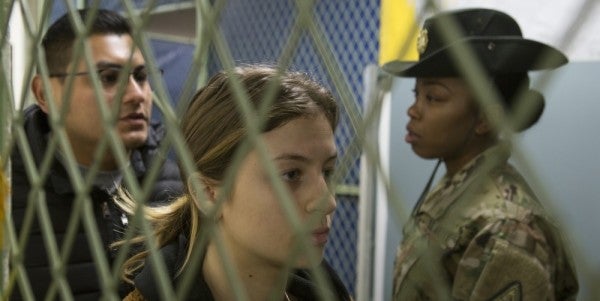 WASHINGTON — The Army is adding hundreds of new recruiters after failing to get as many new soldiers to enlist in fiscal 2018 as it had hoped, top service officials said on Monday.

“We’re expanding the number of recruiters we’ll put out in the streets; we’re cleaning up the storefronts; we are moving into 20-plus cities around the United States,” Army Secretary Mark Esper told reporters during the Association of the United States Army’s annual conference. “I think we can and we will do a lot better, but it’s going to take some time to re-position ourselves.”

Training and Doctrine Command is conducting a review of the Army’s recruiting strategy that will look at which regions of the country should have the extra recruiters, Esper said. The service’s new recruiting strategy will also include a greater presence on social media.

“Americans need to know their Army, but it’s on us to get out to meet them,” he added.

Service leaders did not say exactly how many recruiters are being added. Army Chief of Staff Gen. Mark Milley estimated the number at a “couple hundred,” but the final figure is still being determined. He also tried to downplay the Army’s recent recruiting woes.

“It’s certainly a warning light out there but it is not by any means catastrophic to us,” Milley said on Monday. “We are a very large organization. On balance, we’ve had a very, very good couple of recruiting years. This past year, we missed the mark.”

The Army needs to get bigger so it can increase the number of soldiers who can go to war as well as critical billets, such as drill sergeants, Milley said. However, with unemployment at a record low, the Army faces more competition from the private sector to recruit the best talent.

But Milley said he and Esper are committed “to not sacrifice quality for quantity.” Toward that end, Esper announced in July that his office would have to approve all waivers for drug and alcohol tests amid an increase in such waivers from 21 in fiscal 2015 to 605 as of August.

“We very easily could have met the numbers if we were just after the numbers,” Milley said. “But we want to make sure that we have the highest quality recruits that we can have to man our Army.”