The Army’s been having a hell of a time filling its ranks. In late April, the service announced it would... 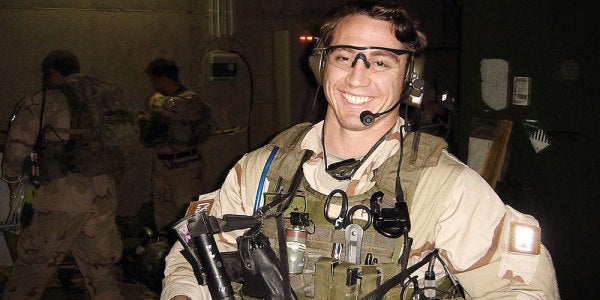 But there’s a subtler consequence to the Army’s recruiting problem: its potential to undermine the effectiveness of Army Special Forces. Green Beret turned UFC superstar Tim Kennedy eloquently pointed that out on The Joe Rogan Experience on May 17.

Now, I’ve jabbed Kennedy before about some of his more rambunctious public missives (see: backyard waterboarding), but he knows exactly how intense the Special Forces Qualification Course is, having gone through it himself.

So why can’t today’s American youngsters hack it in the Green Berets? Because they’re fat, lazy fucks, that’s why.

“Kids are playing video games, they're not eating, Cheetos, less participation in sports … I mean, if you could just go to a high school and look at a high schooler now compared to 20 years ago, it's a different thing,” Kennedy said. “We weren't, like, barely getting kids past obesity 20 years ago. Now in a high school, if you walk into a classroom half the kids are obese.”

“So you think this is just because they’re sedentary … because they're playing video games and fucking around online all day?” Rogan asked.

“It's not just… it's not me thinking this,” Kennedy responded. “It is us absolutely, quantifiably, saying ‘We do not have enough people to pick from.’”

He’s not wrong. While U.S. Army Forces Command and U.S. Army Training and Doctrine Command officials told the Fayetteville Observer in February that they were striving to “fundamentally change the culture of fitness” within the Army, officials outside the military see America’s young fatasses as a “looming national security crisis.” A recent report revealed that some 71% of young Americans were ineligible to serve in the armed forces — a third of them because they were overweight.

Considering that Army Special Forces personnel are increasingly on the front lines of the Global War on Terror (beating the crap out of ISIS fighters in Niger, wading through vicious firefights against ISIS in Afghanistan, and so on), it’s likely, based on Kennedy’s logic, that Green Berets will likely experience the consequences of the Army recruitment crisis earlier and more acutely than any other part of the U.S. armed forces — and that’s going to end up as just one more obstacle to America’s road to extricating itself from the forever wars.

“We just need people like we've never needed them before,” Kennedy said. “It's scary.”