It’s been an emotional roller coaster, but the moment of truth is finally here: Every branch of the U.S. armed... 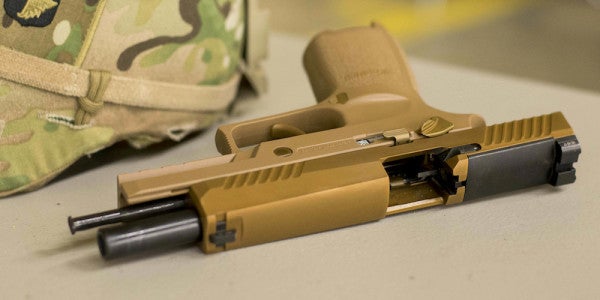 “Final validation testing with the USG is planned within the next month,” Taylor told Task & Purpose in an email. “The MHS that was fielded in November 2017 met all Operational and Safety requirements and minor changes will make the system even better.”

“We are unaware if other branches have conducted official testing of the MHS,” Taylor told Task & Purpose in an email. “Army test standards are more stringent than those followed by the commercial industry and civilian law enforcement agencies in the U.S., and the MHS passed all of the Army safety testing.”