Too Fat To Fight: Military Threatened By Childhood Obesity

Even the kids in America's fittest state are too fat to fight their nation's wars, a pro-military nonprofit argues in... 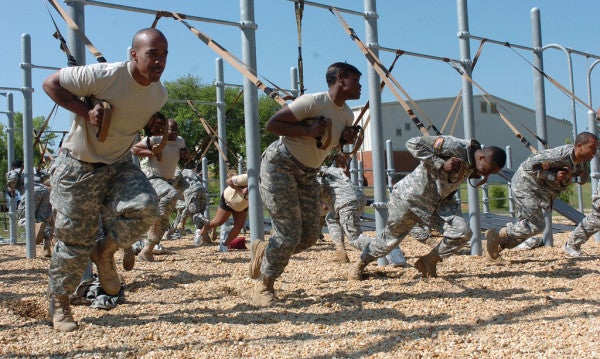 Even the kids in America's fittest state are too fat to fight their nation's wars, a pro-military nonprofit argues in a new study.

The military has long bemoaned America's tubby youth, and the Council for a Strong America says Colorado is part of the problem, with more than 27 percent of the state's children categorized as overweight.

“Low levels of physical activity and the obesity epidemic are contributing to an unprecedented readiness problem for our armed forces,” the nonprofit said.

Those extra candy bars compound a complex problem for military recruiting. Between other health issues, criminal records and other troubles from facial tattoos to drug habits, a full 70 percent of Colorado teens are ineligible for military service.

“It gets extremely dangerous when you can't keep up with the rest of the pack,” said McWilliams, the former top enlisted soldier at Fort Carson. “You are putting your fellow comrades at greater risk.”

Strong America's lament might sound familiar. The nonprofit has been citing the issue for years as a danger to America's national security.

The federal Centers for Disease Control and Prevention says about 17 percent of America's kids are overweight. But the military has a tougher standard. A 6-foot teenage recruit is expected to weigh less than 184 pounds by military standards, when most medical charts would let him have 12 more pounds of cheeseburgers.

“It does render those kids unfit to fight but there are many other reasons to combat childhood obesity,” she said.

But as the Army aims to bring in 80,000 recruits in the next year, having too many obese teens is troubling for the military.

In a news release, Army Recruiting Command's Maj. Gen. Jeffrey Snow said it met 2017 targets by bringing in 69,000 recruits, but hitting the goal came at a cost.

“The command achieved its mission by the use of enlistment bonuses for as much as $40,000, with an average bonus of $12,800 for 33,000 recipients to attract the best-quality candidates for service,” the command said.

Cooke said while Colorado is known for having the leanest adult population in America, that hasn't translated to thinner kids.

“We are one of three states in the nation that doesn't mandate physical education,” she said.

Strong America is broken into several wings, aimed at fighting crime, boosting the military and keeping children in school. The charity, backed by nonprofit giants including the Gates Foundation, plans on taking the obesity issue to the Colorado General Assembly next year.

Cooke said she hopes to push lawmakers into policies that lead to healthier kids. Most of what the group wants, she said, can be accomplished for little tax money.

“It remains an important message and we haven't solved the problem,” Cooke said.

Retired Air Force Gen. Gene Renuart, who headed U.S. Northern Command in Colorado Springs, said the nonprofit is on the right track. He said families have a big role to play, too.

Renuart said parents need to turn off the television and send kids outside more. They also need to keep an eye on what their kids eat, he said.

“It requires parents be participants and leaders in their children's activity and eating lifestyles,” Renuart said.

Another option remains for the military: Allowing more fat recruits into the ranks.

McWilliams said that would be a dangerous move.

“When you have people who aren't physically fit, it degrades the accomplishment of the mission.”

The Army tried easing standards at the height of wars in Iraq and Afghanistan, including allowing heavier troops.

McWilliams said that caused a nightmare for commanders preparing their units for combat overseas.

“When you do introduce that rigorous physical activity to some of them, that's when you discover the serious health issues that went undiagnosed,” he said.

The whole problem of military readiness, though, shares a common thread Cooke asserts.

“You need to make an investment in children in their younger years.”