In February, the Air Force announced it had relieved the commander of the 57th Weapons Squadron out of Joint Base... 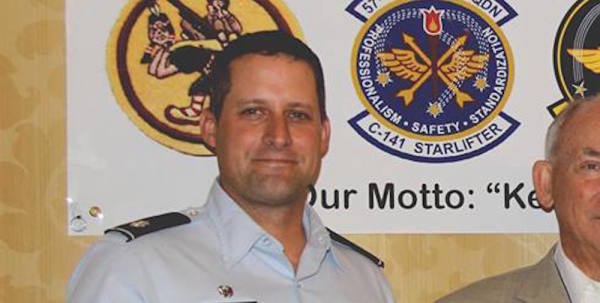 In February, the Air Force announced it had relieved the commander of the 57th Weapons Squadron out of Joint Base McGuire-Dix Lakehurst in New Jersey “due to a loss of confidence in his abilities to carry out his duties.” But a new report from Air Force Times, based on an incident report obtained by the news outlet, shows that the commander, Lt. Col. Charles Polomsky, was fired after being caught by his subordinates hitting the sauce a little too hard in the office in the middle of a work day.

Polomsky was reportedly found by squadron mates “asleep on his office couch, slurring his words, and with a Wawa fountain cup containing the remnants of an alcoholic beverage,” according to the incident report, which Air Force Times obtained under a federal Freedom of Information Act request.

According to the report, a concerned first sergeant in the 57th approached the squadron’s operations officer in the office, around 2 in the afternoon, to say Polomsky was not himself that day. The ops officer and another staffer knocked on Polomsky’s office door but got no response. When they entered, they found the commander asleep.

Upon waking Polomsky, who appeared disoriented and slurred his speech, one staffer reported that he “noticed a plastic fountain drink cup with about two inches of dark liquid,” the report said. That led to this gem of a paragraph from Air Force Times:

An official who conducted an eye test on Polomsky “immediately detected the odor of an alcoholic beverage … along with blood shot watery eyes,” according to that person‘s statement. The official asked Polomsky if he had consumed any alcohol that day, and he said, “Yes, I drank out of a Wawa cup throughout the day while working in my office.”

A breathalyzer test revealed that Polomsky blew a 0.02, 0.06 points below the legal limit, but Air Force Times reports that the test took place near midnight, hours after the commander was woken.

Polomsky, a 1999 Air Force Academy graduate and pilot, now works out of Joint Base Charleston as a tactician with the the 437th Operations Support Squadron. He no longer holds a position of leadership.