A leader of 250 security forces airmen who protect the nuclear missiles that could end all life on Earth as... 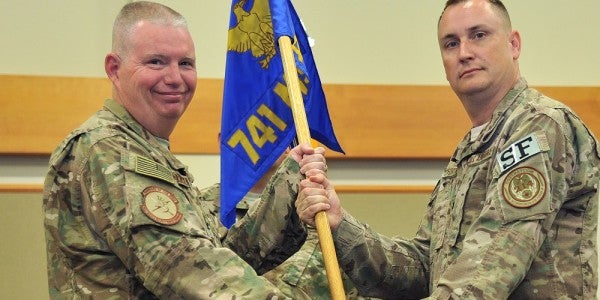 A leader of 250 security forces airmen who protect the nuclear missiles that could end all life on Earth as we know it has been fired for creating an “unhealthy command climate.”

On Tuesday, Lt. Col. Raymond Fortner was relieved of his duties as commander of the 741st Missile Security Forces Squadron at Malmstrom Air Force Base, Montana.

Officially, Fortner was fired because he did not “uphold Air Force core values as a senior leader,” Whetston said in an email on Wednesday.

No further information was immediately available about the investigation’s findings or what Fortner did to create a such a command climate.

Fortner will be assigned to another position at Malmstrom until he is due to move to another duty location, a base news release says. Maj. Cody Elliott will serve as the squadron’s interim commander.

Being fired is not a career-ender for security forces commanders. Col. Jason Beers went on to a job at Air Force Special Operations Command after he was relieved on May 23 as commander of the 91st Security Forces Group after his unit lost a box of 40mm MK 19 grenades and an M240 machine gun. (Investigators found the machine gun in an airman’s off-base home on June 19 while executing a search warrant.)