The upgraded F-15EX can carry up to four more air-to-air missiles than its predecessor. 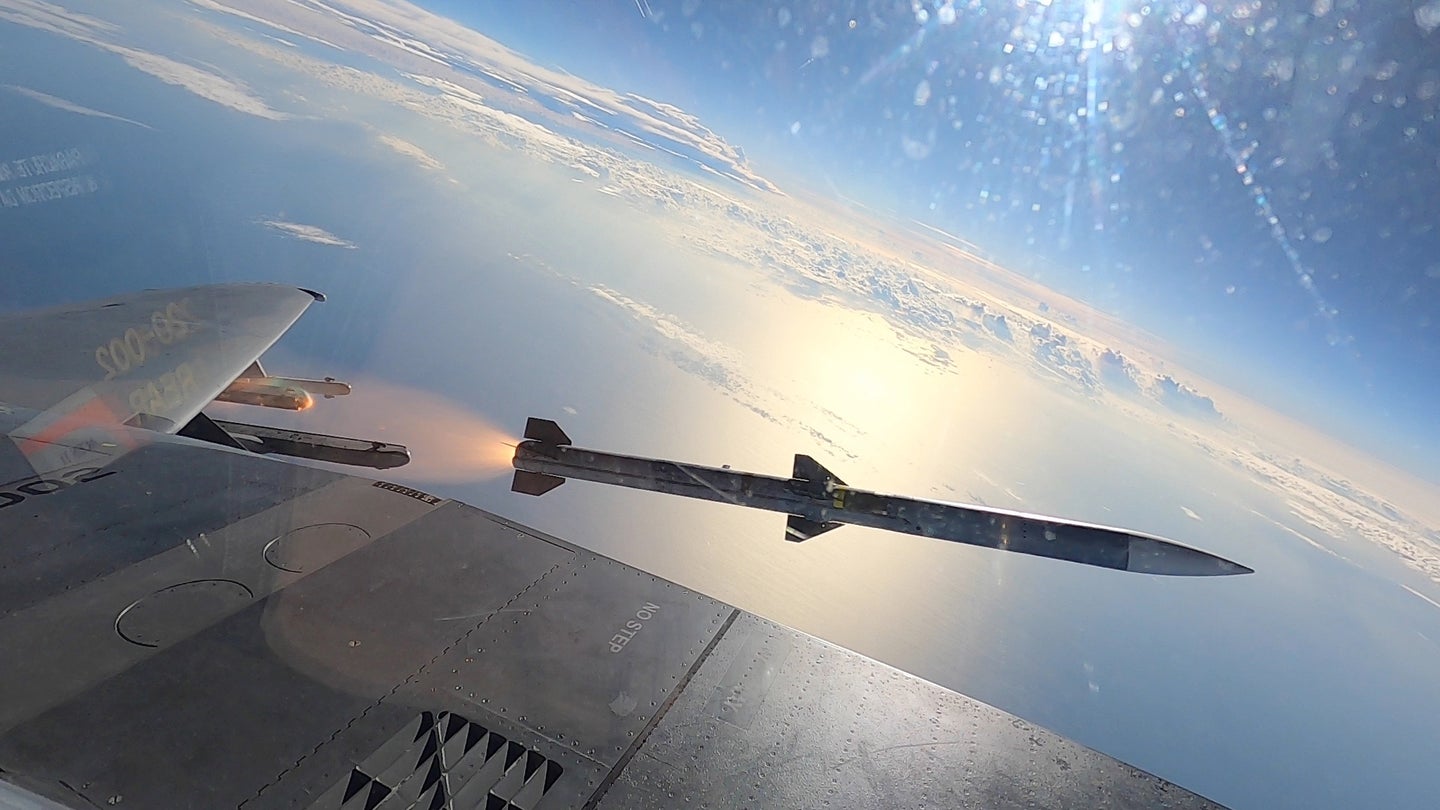 The Air Force’s new F-15EX Eagle II conducted its first successful missile launch from the two new weapons stations that are part of the aircraft’s significant upgrades during a recent flight over the Gulf of Mexico.

During the test, conducted on Nov. 29, 2022, at the Eglin Test and Training Complex, two F-15EXs fired an AIM-120 Advanced Medium-Range Air-to-Air Missile (AMRAAM) and an AIM-9X Sidewinder missile from the aircraft’s new weapons stations. The two new weapons stations will allow the F-15EX to carry up to 12 air-to-air missiles, four more than the F-15C/D Eagles, which operate today.

“Having been a part of the Eglin F-15EX team from day one, it’s exciting to see the progress made and new milestones achieved as we work to field the most combat-capable F-15EX,” said Maj. Brett Hughes, who fired the AIM-120.

Development of the F-15EX was first announced in 2018, with the Air Force granting a $1.2 billion contract for eight aircraft in 2020. It took its first flight in February 2021. The Eagle II conducted its first successful missile launch in January 2022, when one of the test aircraft from the 40th Flight Test Squadron at Eglin Air Force Base in Florida fired an AIM-120D missile at a BQM-167 aerial target drone.

Designed to replace the Air Force’s aging fleet of F-15C/D fighters, the F-15EX contains numerous upgrades to just about every aspect of the aircraft, including a new electronic warfare system, radar, and fly-by-wire controls. It also significantly upgrades the amount of ordnance the aircraft can carry with the addition of the two new weapons mounts, which are located toward the wing tips. This allows the aircraft to carry up to four additional air-to-air missiles — 12 in total — such as the AIM-120D. That missile has an estimated range of 75 miles, and possibly up to 100 miles, and was used for what the Air Force called the “the longest known air-to-air missile shot to date,” during a March 2021 test fire.

“The F-15EX is an incredible addition to the USAF inventory. This event, executed by a top-notch team of test pilots, engineers, and experts, proves yet again the F-15EX will be ready if, and when, our adversaries challenge our nation’s interests,” said Lt. Col. Christopher Wee, commander of the Operational Flight Program Combined Test Force.

Following this successful demonstration of the aircraft’s expanded missile capability, the F-15EX will continue undergoing operational testing before the jets begin being delivered to units later this year.