The Air Force has secretly designed, built, and flown a prototype of a future fighter jet under its Next Generation Air Dominance program, Defense News reports 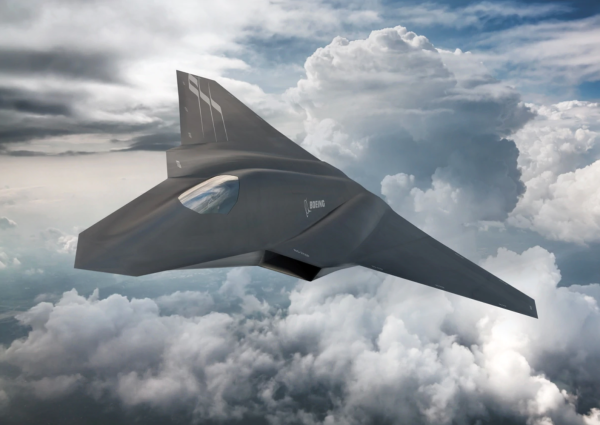 The Defense Department may not have finished working out all the kinks in the ultra-expensive and perpetually buggy F-35 Joint Strike Fighter, but the Air Force is plowing ahead with plans for a next-generation fighter jet.

Defense News reports that the service has secretly designed, built, and flown a prototype of a future fighter jet under its Next Generation Air Dominance program.

“We’ve already built and flown a full-scale flight demonstrator in the real world, and we broke records in doing it,” Air Force acquisition chief Will Roper told Defense News during the Air Force Association’s Air, Space, and Cyber Conference. “We are ready to go and build the next-generation aircraft in a way that has never happened before.”

Details regarding the new aircraft are shrouded in secrecy thanks to the NGAD program's classification, and Roper didn't disclose much in his conversation with Defense News beyond praise for the mysterious new aircraft's systems.

“We’re going after the most complicated systems that have ever been built, and checked all the boxes with this digital technology,” he added. “In fact, [we’ve] not just checked the boxes, [we’ve] demonstrated something that’s truly magical.”

Though plans for a sixth-generation fighter to augment the capabilities of the fifth-generation F-35 have been in the works for years, the NGAD program was first initiated in 2017 to explore “mature technology and reduces risk through prototyping activities and demonstration efforts,” according to Air Force budget documents.

Key NGAD attributes include “enhancements in survivability, lethality, and persistence across a range of military operations” compared to previous multirole fighter aircraft, according to service budget documents.

The Air Force's fiscal year 2021 budget request called for about $1 billion in funding for the NGAD effort, up from $905 million in 2020 and $413 million in 2019, according to service budget documents. The program is expected to cost an additional $6.5 billion through 2025.

The Air Force's announcement comes shortly after the Navy revealed established its own Next Generation Air Dominance program office in an effort to accelerate the fielding of a new carrier-based fighter jet before 2030.

With a prototype in the air, the future of the Air Force's NGAD program sits at an inflection point, according to Defense News: the service must now make a determination regarding how many next-generation aircraft it may want to buy ahead of the 2022 budget cycle.

A shift toward the NGAD “will be adding a challenger to the F-35 and F-15EX programs, potentially putting those programs at risk,” as Defense News reports.

Then again, concerns over throwing money at a brand-new aircraft might be understandable: after all, the trillion-dollar F-35 is still suffering from hundreds of unresolved design flaws that, according to a non-governmental watchdog report, the Pentagon has “no plan” to ever correct.

Related: Not content with F-35 debacle, the Navy is now working on a brand new fighter jet