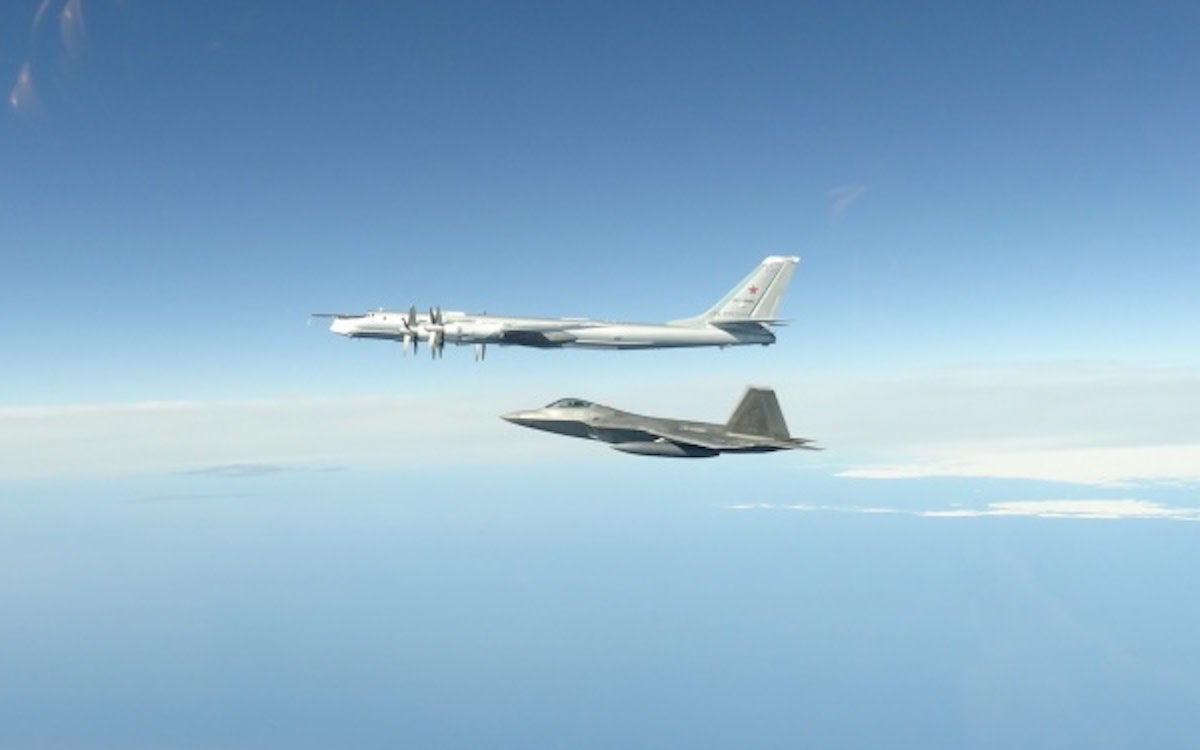 The intercepts marked the second time in as many weeks that Air Force F-22 Raptor fighter jets intercepted Russian bomber formations near Alaska and the eighth time this year that Russian military aircraft have penetrated the ADIZ, NORAD said.

The Russian aircraft came within 32 nautical miles of Alaskan shores, although they remained at international airspace during the entire incident.

“Every time, NORAD forces were ready to meet this challenge,” NORAD chief Gen. Terrence J. O’Shaughnessy said of the incursions in a statement. “Despite the COVID-19 pandemic, NORAD constantly monitors the northern approaches to our nations and our operations make it clear that we will conduct homeland defense efforts 24 hours a day, 7 days a week, 365 days a year.”

The two dual incursions of the last week mark three months since the last the U.S. military's last twin intercepts of Russian aircraft in the ADIZ.

On March 14, NORAD tasked F-22 Raptors to intercept two pairs of Russian Tu-142 maritime reconnaissance planes as they entered the ADIZ from the west and north of Alaska, the command's second and third intercepts that week.

“We continue to see repeated Russian military aviation activity in the Arctic and we will defend the U.S. and Canada against these threats emanating from our northern approaches,” O’Shaughnessy said at the time.