On Wednesday evening, a pair of Chinese SU-30 fighter jets buzzed a U.S. WC-135 Constant Phoenix surveillance plane over the... 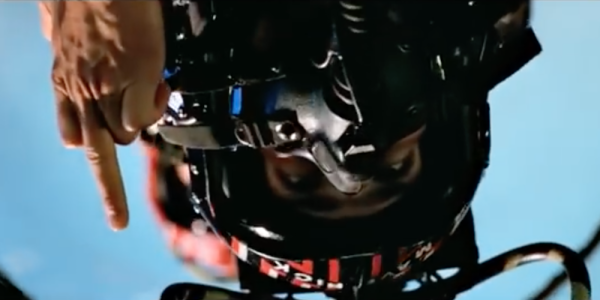 On Wednesday evening, a pair of Chinese SU-30 fighter jets buzzed a U.S. WC-135 Constant Phoenix surveillance plane over the East China Sea. By itself, this isn’t that unusual, of course — Russian jets seem to now routinely intercept Air Force surveillance craft all over the world, and the Air Force is happy to return the favor in kind.

Well, it seems the East China Sea incident is far from routine, and the Air Force is officially complaining to the Chinese military about the fly-by, which the Pentagon has characterized as an “unprofessional” intercept.

Why was it so unprofessional? Because the Chinese were inverted:

“Bullshit!” you may cry, your inner Val Kilmer fueling your skepticism. Well, apparently it’s true: A Pentagon official told CNN that one of the Chinese SU-30 jets came “within 150 feet of the US plane, with one of the Su-30s flying inverted, or upside down, directly above the American plane.”

In an official statement, Pacific Air Forces spokeswoman Lt. Col. Lori Hodge said the crew of the WC-135 had deemed the intercept problematic “due to the maneuvers by the Chinese pilot, as well as the speeds and proximity of both aircraft,” which we can only imagine looks something like this:

While Hodge declined to provide further details on the incident, she assured reporters that the Pentagon was discussing the incident with the Chinese government “appropriate diplomatic and military channels.” Doesn’t sound like anything a little volleyball can’t fix.