Eagles Fans Get The Party Of A Lifetime: Military Bands And Zero Football Players

A thousand super-fans of the Philadelphia Eagles are getting an amazing treat during their visit to the White House on... 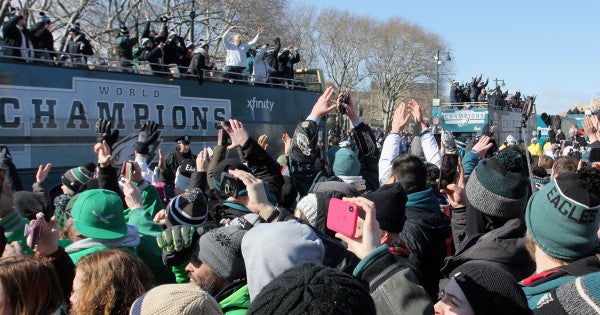 A thousand super-fans of the Philadelphia Eagles are getting an amazing treat during their visit to the White House on Tuesday afternoon: Military bands playing and sightings of exactly zero players from their favorite team.

The original agenda called for the fans to go and see their Super Bowl-winning team at the White House, along with President Donald Trump, but instead, they'll just listen to the Marine Corps Band and the U.S. Army Chorus. I bet that's what they were all hoping for!

This is all due to Trump disinviting the Eagles from coming to visit, which he said was because the players disagreed “with their president because he insists that they proudly stand for the National Anthem.” Except, of course, not a single player on the team kneeled during the anthem during the regular season or the playoffs.

So now the event is being rebranded from Eagles Visit The White House to The Celebration Of America. Which means a whole bunch of John Phillips Sousa marches, which is way cooler than hanging out with your all-time heroes of football.