Brace yourselves: John Wick is back, again, but this time he’ll be mowing down hordes of hired goons on primetime... 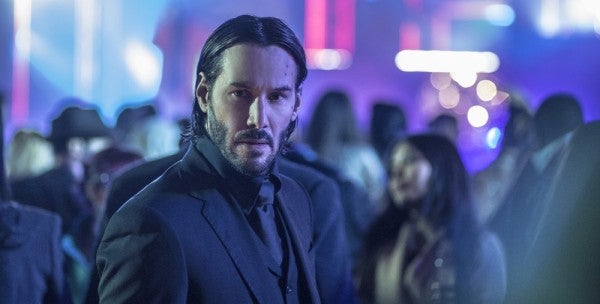 Brace yourselves: John Wick is back, again, but this time he’ll be mowing down hordes of hired goons on primetime television.

Following the announcement of a third John Wick film onMay 24, fans of the highly choreographed, ultra-violent gun fest are in for even more murderous mayhem in The Continental, a prequel spin-off television series developed by Lionsgate. As it’s title suggests, the show will take place in a string of safe havens masquerading as high priced hotels, the Continentals, whose clientele consists solely of killers paid in golden coins.

The series will reportedly feature an appearance by Keanu Reeves as the black suited super assassin himself, according to an Indiewire interview with John Wick: Chapter 2 director Chad Stahelski, who hinted at plans to screenwrite the TV series prior to the release of the second Wick film.

“It’s very tied to the film it’s about the Continentals all over the world, how certain people come into that world, and what happens in relation to those people, which is cool,” Stahelski said. “I think the world is very vast, and everything I’ve heard from it is very positive. […] It’s something that studio seems very, very intent on and very, very behind.”

The driving force behind the show won’t be Wick himself, but the vast cast of side characters that make up the secret world of elite killers in which Wick operates. Vigilantes, gunslingers, and murderers for hire will mingle with the highbrow tailors, dour desk clerks and posh firearm experts that run The Continental’s various branches around the world.

“I like telling stories from my one character’s perspective,” Stahelski told Indiewire. “Once you put that aside with the TV show, expand to all the different characters and follow them throughout their journey. You can be with the consigliere, concierge, the sommelier — you can be with all these different characters and walk through the world in different aspects; ones that I’m a little limited by staying with my lead guy.”

We’re not entirely sure how the frenetic violence of John Wick — a hallmark of the film series — will hold up on television, although the vivid gore of series like American Gods may provide some guidance. But if the show stays true to the franchise, and the rigorous training regimen imposed on it’s actors, then it shouldn’t disappoint.