Why I’ve Been Stewing About Veteran Suicide This Week 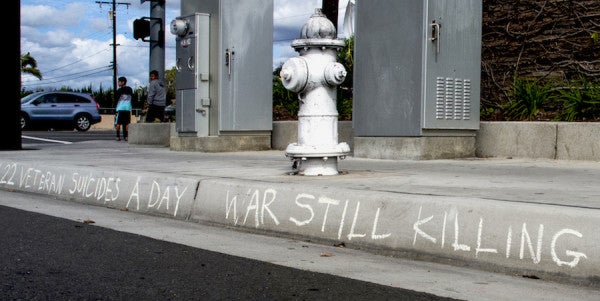 Not my own, but people in the military, and vets. Here’s what I wrote about this, in a piece that ran the Washington Post:

Last month, the commander of the Marine 4th Reconnaissance Battalion was found dead in his home. He also had deployed several times to Iraq and Afghanistan.

Also recently, I read that a retired major who had served in military intelligence in Iraq had killed himself and his wife.

The suicide rate for veterans has gone up 35 percent since 2001, in part because of increases in post-9/11 veterans killing themselves.

I know what I am seeing around me is anecdotal. But it just doesn’t feel right to me. What is going on here?

What I don’t understand is this: Have vets always committed suicide at a far higher rate than civilians, or are we experiencing an anomalous era? If we are, why is that? That is what I am wondering about in the piece. And yes, I have more questions than answers.

I especially think we don’t know enough about the effect of repeated rotations — I mean 5 or 6 or 12 — on the psyche.