We recently syndicated a news story from our friends at Business Insider that suggested Secretary of Defense James Mattis “felt... 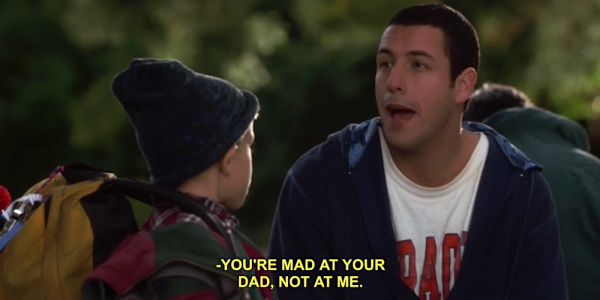 We recently syndicated a news story from our friends at Business Insider that suggested Secretary of Defense James Mattis “felt like he had to play 'babysitter'” to President Donald Trump.

The unspoken implication of the claim by an anonymous National Security Council official (which appeared in a profile of former national security adviser H.R. McMaster, no less) is that the commander-in-chief is a child. And like everything related to the news, this comment provoked some outrage in the most dangerous battlefield modern man has ever seen: the comments section on Facebook.

But it also gave me my favorite comment I've ever seen, ever:

I regret to inform you you have once again failed to tell me what I want to hear. You have repeatedly failed to confirm my biases with your reporting in recent weeks. I expect affirmation, not information, and you constantly give me the latter while ignoring the former. Consequently, I’m totally unfollowing…until tomorrow, when I’ll be back to tell you I’m unfollowing again after you share a story you didn’t write that doesn’t appease all of my most preciously held beliefs.

Every Other T&P; Commenter

Has there ever been a better description of life on the Internet in 2018? I think not.

Beautiful. Just … just beautiful. I have nothing to add but this:

Thanks for reading. I love each and every one of you. Except for the anti-Semites; You guys can fuck right off.