When you’re a suit-clad super assassin but want the world to know you’re well-read, too, just toss in some Latin.... 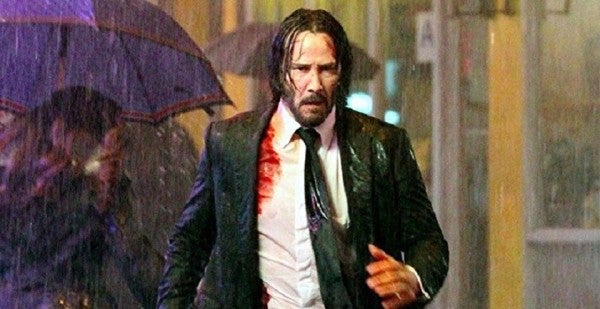 When you’re a suit-clad super assassin but want the world to know you’re well-read, too, just toss in some Latin.

That seems to be the thinking behind John Wick 3: Parabellum, whose name is a nod to an old Latin cliche that’s a favorite among makers of unit patches and challenge coins: si vis pacem, para bellum — “if you want peace, prepare for war.” Keanu Reeves, who plays the series’ titular anti-hero, explained it all in an exclusive interview with Coming Soon. (“There’s definitely emotion in this piece,” the 53-year-old actor says. “John Wick is fighting for his life.”)

The third installment in the shooting-and-punching-and-shooting-some-more franchise will blast its way onto the screen in May 2019, picking up where John Wick: Chapter 2 left off — with our dapper deathdealer excommunicated from the Continental, a network of clandestine safe harbors masquerading as high-priced hotels for guns for hire.

Based on Reeves’ interview with Coming Soon, Wick will have to rely on old friends, like Halle Berry’s Sofia — and given how every character in this franchise is a mercenary whose loyalty can be purchased for gold coins, that may not work out so well. The last film ended with Wick earning a multi-million dollar bounty for killing one of the kingpins in their secret society, breaking one of their core rules by shooting him on Continental grounds.

Wick spends movie after movie killing bad guys who can’t help but provoke an assassin so adept at dishing out hyper-stylized murder and mayhem that he’s earned the moniker “the boogeyman.” John Wick is the bedtime story mob bosses tell their goons to ensure they behave.

For those not familiar with the last two flicks, and why John Wick is so intent on killing with a mix of guns, knives and a pencil or two: First his dog was killed, right after his wife died. Then his car was stolen. Then his house was destroyed, and later he was set up as the fall guy for a coup.

So as overused as Latin sayings are — and they are! — “si vis pacem, para bellum” seems to be a fitting maxim for this flick, considering the bad guys can’t stop pissing off John Wick.