Well, it’s official, Keanu Reeves’ is back as John Wick. Our favorite suit-clad super assassin will be slaying scores of... 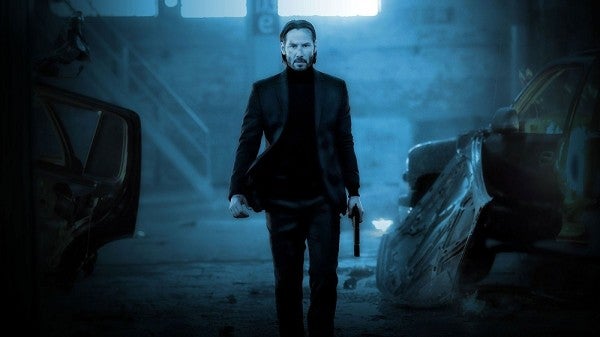 Well, it’s official, Keanu Reeves’ is back as John Wick. Our favorite suit-clad super assassin will be slaying scores of assassins, goons, and anyone else that gets in his way on May 17, 2019, in the franchise’s third gritty installment, according to multiple reports. News of Reeves’ return for the series, defined by its hyper-stylized violence and frenetic shootouts, was teased in May, but until now the premiere date was unknown — and much of the plot still is, but here’s what we know.

The movie will pick up where John Wick: Chapter 2 left off, with Wick now “excommunicado” from The Continental — the network of shwanky hotels that provides safe harbor and supplies for the world’s top killers — which is also getting its own TV spinoff. This means Wick is on his own, though he’s probably got a few friends in his corner, and he’ll need them, considering that he knocked off 128 baddies in the last film, and 77 in the first — a lot of people will be out for blood.

John Wick: Chapter 2 director Chad Stahelski, who hasn’t been confirmed to direct the upcoming film but has expressed interest, told Collider they wanted to dive deeper into the hidden world of bouji cocktail attire-rocking hitmen:

“We want, not so much to go bigger on the third one, but to show you more of the intricacies of the world… I feel like there are all these different subtleties that I skipped over in Number Two, that I’d like to go back to on and show you the inner workings of different parts of New York. So rather than massive set pieces, I’d like to show you cooler and more intricate ones… I think it would be a mistake budget wise and creatively to just go big and blow up a freeway. That’s not our gig. That’s a comic book or a Bond gig. We want to show you cool and intricate details.”

The franchise may also expand its universe with a new spin-off Wick-flick titled Ballerina, featuring a female assassin. Between the two new movies, and the television show, we’ll get a better idea of how notorious (and thankfully, fictitious) hitmen like Wick get by, and how they go unnoticed by the rest of us.

“What are those little details in everyday life?” Stahelski asked Collider. “Hopefully – we make people look at garbage collectors and cleaner vans and homeless people a little differently now.”

Which is to say: Maybe every random person you pass on the street is actually a deadly hitman just waiting for your contract, which is terrifying. Unless you’re John Wick, or his dog, in that case, those assassins hiding-in-plain sight should make sure to get paid upfront.