A new feature length spin-off movie set in the same world as Keanu Reeves’ ex-hitman John Wick is in the... 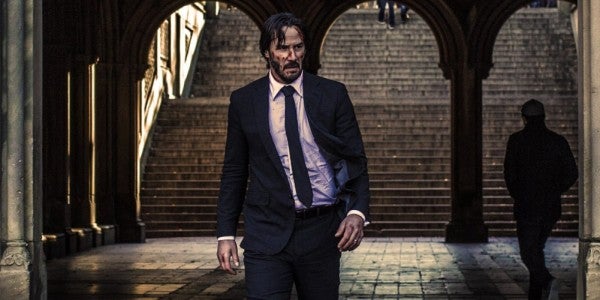 A new feature length spin-off movie set in the same world as Keanu Reeves’ ex-hitman John Wick is in the works — but unlike the previous films, and the upcoming Wick flick, this one will feature a female lead.

Titled Ballerina, the movie will center around a young woman who was trained as an assassin after her family was murdered, according to The Hollywood Reporter, which broke the news after the script for the film was picked up by Lionsgate.

But beyond that, we don’t know much about the film other than it’s being described The Reporter as a kind of rehash of La Femme Nikita, but with a dash of Quentin Tarantino’s hyper stylized mayhem. This all kind of points to Ballerina being an adrenaline-fueled revenge rampage, with all the trappings of the Wick franchise — nice cars, guns, and a class chambered in, well, whatever suits your tastes.

The July 25 announcement comes the heels of two other developments: The first, that Reeves will reprise his role as the titular hitman in John Wick: 3; and the second: That the world of super assassins who pay their way with doubloons like strapped pirates, will expand even further in The Continentalminiseries on CBS.

With a whole new feature film on the way and a young star, we might get to see how assassins are recruited and trained before they become living legends like John Wick. But more importantly, the expansion of the Wick universe means we might just see a growing catalogue of films featuring the strange, shadowy world of dapper assassins.

Let’s just hope Ballerina keeps the style, but not all the traditions of the John Wick franchise — really don’t want to see another dog get killed. Though, they could always take it in a very different direction.